End of the road for Australia’s open speed limit 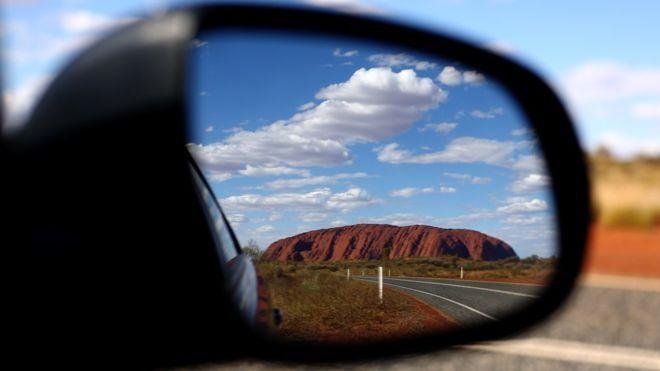 A remote highway in Australia’s dusty red centre is currently the only part of country where you can legally drive as fast as you want.

But that is likely to end this year.

The local government plans to reinstate speed limits along a 300km (180-mile) stretch of the Stuart Highway between Alice Springs and Tenant Creek.

The move has upset Northern Territory residents who have to drive across vast stretches of the outback but has also rankled sports car companies.

Roads in the NT can often be treacherous, peppered with roaming cattle or kangaroos, enormous lorries and challenging weather.

“Our policy is to remove open limits based on advice from doctors, nurses, surgeons and police who agree open limits should not exist,” he said this week.

He said Territorians had “overwhelmingly voted in favour” of ending the trial.

He said medical staff put the territory’s rate of deaths in motor vehicle crashes at about 15 per 100,000 people per year – three times the national average.

But European car companies which regularly test their vehicles in the rugged Australian bush are not happy.

“They’re taking away an opportunity for us to do anything above 130km/h in the Northern Territory – with its spectacular scenery, landscapes and roads,” Porsche spokesman Paul Ellis told the BBC.

“All I’m saying is let’s have a logical discussion about what causes fatalities. To say that speed is the biggest issue, I don’t think that is correct.”

Car companies will still be able to conduct test drives at any speed, but will need to apply for a permit in advance.

Peter Hondow, an Alice Springs hot rod enthusiast, said the restrictions were being made by people who did not fully understand life in central Australia.

“You might drive for two hours and not see another car driving the other way. There’s just no traffic out there. It’s not like city roads.”

He said while there were some sports car drivers that were putting their foot down, most people living out in the territory were driving at high speeds to get to from A to B.