Dubai wants its own Eiffel Tower, higher than any other building in the world 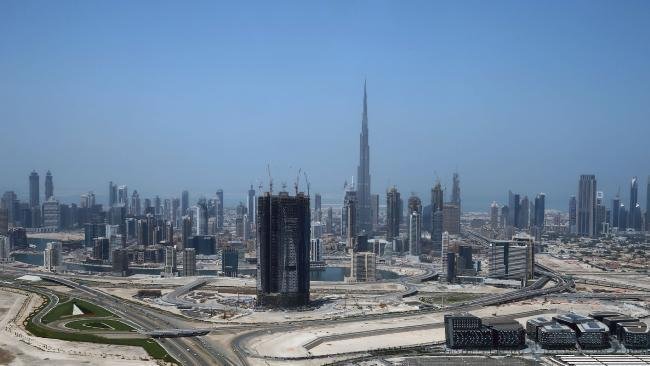 CAN Dubai get any higher? It seems to think they can.

The United Arab Emirates city already has the world’s tallest building — the Burj Khalifa, which stands at more than 828 metres. But plans for an even taller structure to surpass it have been announced.

Dubai’s Emaar Properties made the announcement at the weekend, likening the structure to a 21st-century Eiffel Tower.

Unlike the Khalifa, the new $1 billion tower will not be a traditional skyscraper but more of a cable-supported spire containing “garden” observation decks, residential units and a link to a retail plaza.

Emaar Properties chairman Mohamed Alabba was tight-lipped on the exact height but said it would “surpass” the Khalifa.

The building is expected to be completed for the Dubai Expo trade fair in 2020, the same year that the kilometre-high Kingdom Tower in Jeddah is due to overtake the Khalifa as the world’s tallest building.

The announcement comes just months after a huge fire ripped through a luxury Dubai hotel near the Khalifa on New Year’s Eve.

Residents of five-star hotel, The Address Downtown, had been evacuated just hours before the celebrating the new year. Sixteen people were reported injured in the incident.

When asked about fire risks, Alabbar said it was important to learn from the accidents but suggested there are limits to how much builders can do.

“Risks are there as long as we are progressing … These things do happen, and you have to go and fix them and make sure if they happen, they happen to a minimum.”