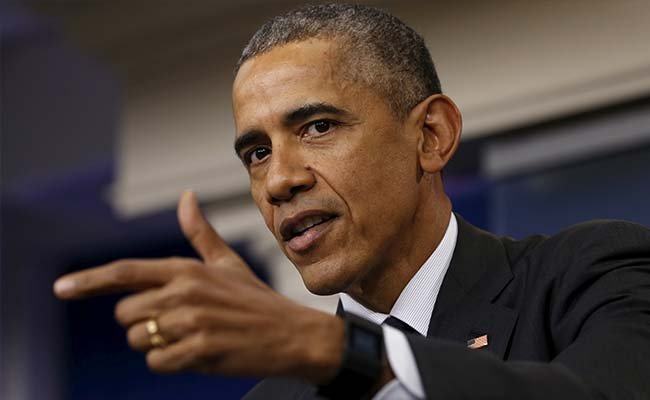 US President Barack Obama on Tuesday called on Republicans to reject Donald Trump in some of his strongest comments yet about the party’s White House nominee, saying he is “woefully unprepared” and “unfit” to be president.

“This isn’t a situation where you have an episodic gaffe. This is daily and weekly where they are distancing themselves from statements he’s making,” Obama said of the party’s top brass including House Speaker Paul Ryan and Senator John McCain.

which you say: ‘This is not somebody I can support for president of the United States, even if he purports to be a member of my party.'”

Obama’s comments at a White House press conference came amid a roiling war of words between Trump and the father of a US soldier who rebuked him as having “sacrificed nothing.”

Trump also has come under fire for remarks in a television interview in which he appeared not to be aware of Russia’s 2014 annexation of Crimea after its takeover from Ukraine.

“I think the Republican nominee is unfit to serve as president,” Obama said. “I said so last week. He keeps proving it.”

“The notion that he would attack a Gold Star family that made extraordinary sacrifices on behalf of our country, the fact that he doesn’t appear to have basic knowledge around critical issues in Europe, in the Middle East, in Asia means that he’s woefully unprepared to do this job.”

“There has to come a point in which you say ‘enough’,” he said, in a comment directed at Republicans.

“The alternative is the entire party and the Republican party effectively endorses and validates the positions being articulated by Mr Trump. As I said in my speech last week, I don’t think that represents the views of a whole lot of Republicans out there.”