Donald Trump Calls Global Warming A Hoax, Until It Threatens His Golf Course 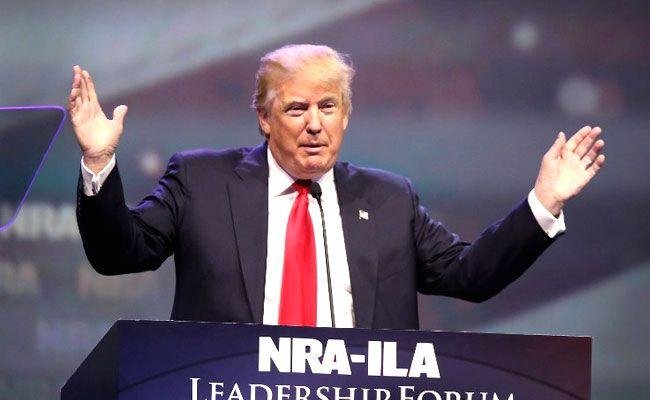 In January 2014, he publicly wondered how the United States could be spending money to combat what, in his words, was a “GLOBAL WARMING HOAX.” Last October, when Trump was bitten by the autumnal chill, the Republican presidential candidate snarked on Twitter that he could use “a big fat dose of global warming.” He told The Washington Post editorial board in March that he is “not a great believer in man-made climate change.”

But when it came to protecting his own investments from global warming’s effects, Trump canned the screaming capital letters and jokes. Instead, Trump wants to curtail climate change with a wall.

The Trump International Golf Links Ireland, a golf course by the sea in Ireland’s County Care, faces the Atlantic’s pounding waves and coastal erosion. As Politico reported on Monday, the Trump Organization has submitted a permit to build a sea wall, which cites rising sea levels from climate change as a threat. Not just any wall will do — one plan called for a limestone barricade 20 meters wide, what Friends of the Irish Environment’s Tony Lowes described to CNBC as a “monster sea wall” in March.

As part of the approval process to build the sea wall, Trump International Golf Links filed an environmental impact statement. It includes specific concern for erosion, beyond one governmental study that did not take into account sea level rise from climate change, according to Politico.

“If the predictions of an increase in sea level rise as a result of global warming prove correct, however, it is likely that there will be a corresponding increase in coastal erosion rates not just in Doughmore Bay but around much of the coastline of Ireland,” the application notes. “In our view, it could reasonably be expected that the rate of sea level rise might become twice of that presently occurring.”

“Donald Trump clearly cares more about the fate of his golf courses than the health of the millions of families already affected by the climate crisis,” said Adam Beitman of the Sierra Club to the Associated Press.

Republicans, according to a recent New York Times report, may be concerned about Trump’s lack of a clear stance regarding climate change, at least beyond the denials or jokes in his Twitter feed. “I think there is concern about where he stands because he hasn’t come out strongly one way or another,” one anonymous aide told the Times.

There is a scientific consensus that humans are causing the planet to warm. A 2009 review of more than 4,000 climate science papers found that scientists faulted humans for global warming in 97 out of every 100 studies.