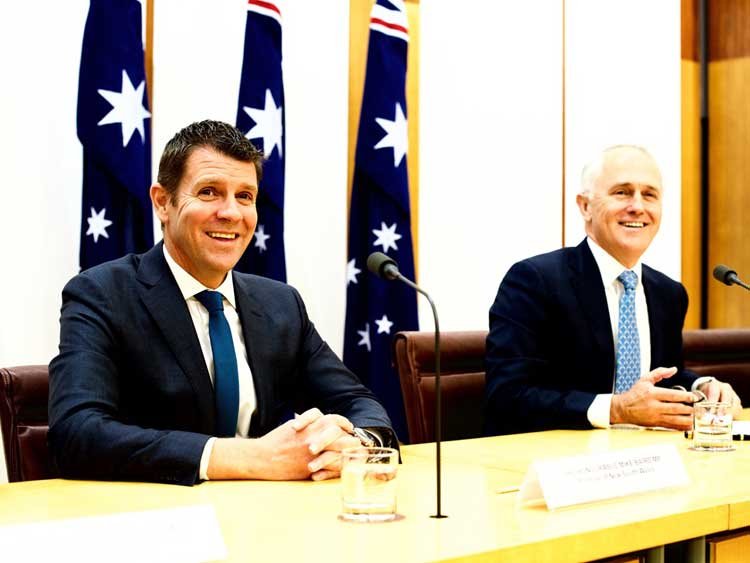 The events of this past week show just how brutal politics can be.

I have known Tony Abbott for close to 15 years and I am proud to call him a mate. Many of the people who have been quick to throw stones don’t see the heart behind the man who has spent decades volunteering at his local surf club, or working a shift with the Rural Fire Service for the simple reason that he loves his community.

His desire to serve took him into politics and ultimately the highest office in the country. I have always known him to be someone who has a great desire to give back to the community and I wish him and his family well as they start their next chapter together.

I also look forward to working closely with Malcolm Turnbull and am confident he will lead with distinction.

This week I joined our new Prime Minister in Canberra to sign an agreement that will make way for the full rollout of the National Disability Insurance Scheme in New South Wales. It was one of Mr Turnbull’s first actions as Prime Minister, and marked a huge milestone in the delivery of what I believe is the most significant social policy this country has seen in a long, long time.

I want to particularly acknowledge the vision of Julia Gillard, who introduced the original legislation in 2013, and also Tony Abbott who believed the issue was above politics when he committed to continuing the scheme in a totally bipartisan matter.

This policy shows what is achievable when we put politics aside and focus on doing what’s right by the community we represent.

Together, the signed agreements with NSW and Victoria cover more than half of around 460,000 Australians and their families who are expected to be eligible for support under the NDIS when it’s fully rolled out.

The NDIS will allow people with disability to access the reasonable and necessary supports they need to live the life they want and achieve their personal goals and aspirations.

The transition will begin in July 2016 when the scheme is rolled out through existing disability and health service districts, covering all eligible people under 65.

We’re taking a two-step approach to deliver this reform as smoothly as possible and from 1 July 2016 we’ll roll out the NDIS across Western Sydney, the Hunter, Central Coast, Blue Mountains, and state’s South Coast. The rest of the state will follow in July 2017.

The essence of public life is being able to make decisions that help those who need it most. I was honoured to represent NSW as we took the next step in one of the most important policy reforms in Australia’s history.