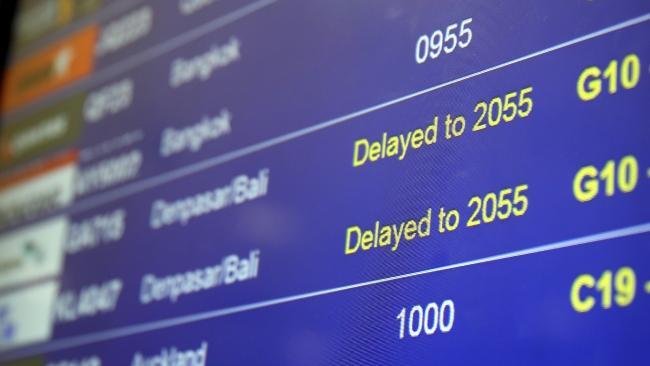 Cricket: The Boxing Day Check not solely will likely be on the MCG however will possible have a crowd too

The lifting of lockdown in Victoria has paved the way in which for crowds to attend this yr’s Boxing Day Check between Australia...
Read more
Australia

The person who killed a younger lady earlier than happening a terrifying knife-wielding rampage via the CBD final yr has admitted his guilt.Mert...
Read more
Twinkle Ghoshhttps://theindiantelegraph.com.au%20
Follow The Indian Telegraph on Google News

PASSENGERS are being warned to prepare for significant delays at Sydney’s international airport as Border Protection staff strike over an ongoing dispute with the federal government over employment conditions.

A series of rolling strikes by Department of Immigration and Border Protection staff were planned to start at 6.30am on Monday and could continue for several days, the Community and Public Sector Union said.

For three years staff have been fighting an attempt to cut pay through removal of conditions for dangerous or specialised work and for the right to have a say if there are moves to change their place or times of work, a union spokesman told AAP.

Rolling stoppages by union members will begin on Monday and continue until October 9, and strikes “may occur at any airport, cruise ship terminal or cargo facility at any time during the day or night” during that time, the CPSU said.

There will be exemptions for staff working in national security and general public safety.

The CPSU said it had been requesting meetings with the federal government to resolve the pay issue but had been unsuccessful.

“Our overwhelming preference remains to sit down and find a fair and sensible resolution but the Turnbull Government has shown it is unwilling to do so,” CPSU national secretary Nadine Flood said.

She said for almost three years, all that Department of Immigration and Border Protection staff have seen was “proposals to cut their existing rights and conditions and even cut some officers current take home pay”.

“Fair wages and conditions for the people who protect our borders and keep all Australians safe is not too much to ask.”

More than 80 per cent of DIBP staff voted in March against an agreement which would have seen rights and conditions stripped away in exchange for a pay rise of just one per cent per year, the union said.

Bessie Hassan, money and travel expert at finder.com.au, said travellers who are impacted by strikes should check their travel insurance policy to see if they were covered by flight delays or cancellations due to airport strikes.

“The key will be whether travel insurance was taken out prior to the strike being announced to the public, or what is referred to by insurance providers as a known event,” she told news.com.au.

“If you read through your product disclosure statement (PDS) you’ll usually find something along the lines of losses, liability or expenses are not covered if you did not take all necessary precautions to avoid a claim after there was a warning in the mass media of a strike.”

Ms Hassan said to be eligible to make a claim, generally, flights needed to be delayed by more than six hours.

Premier Daniel Andrews says a statewide QR (fast response) code check-in system might be “the very best within the nation” when it's rolled...
Read more
Australia

NSW has recorded one new case of coronavirus in the neighborhood, whereas there have been seven circumstances in lodge quarantine.The native an infection...
Read more
Australia

Cricket: Rising Star Will Pucovski has netted a Massive Bash cope with the Melbourne Stars

Batting wunderkind Will Pucovski has lastly made the transfer to the Massive Bash after signing with the Melbourne Stars.It’s the primary BBL contract...
Read more
Australia

Officers have swooped on a property in Sydney’s internal west earlier than seizing a pistol, greater than $100,000 money, ammunition, medication and a...
Read more

Premier Daniel Andrews says a statewide QR (fast response) code check-in system might be “the very best within the nation” when it's rolled...
Read more
Australia

NSW has recorded one new case of coronavirus in the neighborhood, whereas there have been seven circumstances in lodge quarantine.The native an infection...
Read more