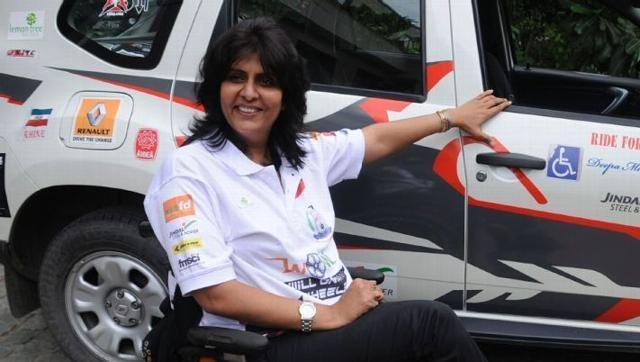 India’s Deepa Malik, a wheelchair-bound athlete, etched her name in the record books by winning silver in the shotput F-53 category at the Rio Paralympics on Monday. She is the first Indian women to win medal.

She will receive a cash award of Rs 4 crore under the Haryana Sports Scheme for her feat.

Bahrain’s Fatema Nedham won gold with a best throw of 4.76m, while Dimitra Korokida of Greece bagged bronze with a throw of 4.28m.

Deepa is paralysed waist down and is the mother of two and wife of an Army officer. Life took a twist when a spinal tumour made walking impossible for her 17 years ago.

The spinal tumour had to be operated and 31 surgeries were conducted on Deepa which was healed after 183 stitches between her waist and legs.

Besides shotput, Deepa has participated in javelin throw, swimming and has also been a motivational speaker.

She has also won medals in swimming at international competitions. She holds the Asian record in javelin throw, and also has World Championships silver medals in shot put and discus in 2011.