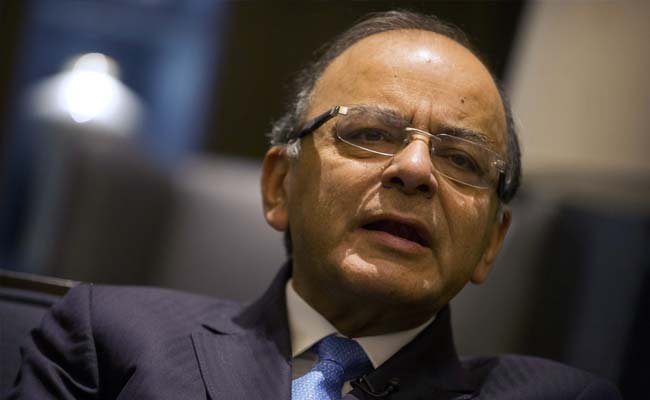 NEW DELHI:  Union finance minister Arun Jaitley on Tuesday said the Voluntary Disclosure of Income Scheme is not one that provides immunity from investigation. But he assured that those who do disclose their unreported income under it, will be given protection from investigative agencies other than the Income Tax Department.

“No one will ask for the source of the disclosed income,” Mr Jaitley said. “We have nothing to do with investigation under any law.”

The Voluntary disclosure of Income Scheme or VDIS, which gives tax payers a four-month window starting June 2016 to declare their unreported income, is aimed at recovering black money from the domestic market.

But sources say in the month since the window opened, the scheme has received negligible response.

On Tuesday, Mr Jaitley chaired an hour-long meeting with representatives from the Associated Chambers of Commerce, FICCI and other industry bodies to discuss the matter. Power minister Piyush Goyal and Commerce Minister Nirmala Sitharaman were also present.

At the end of the meeting, Mr Jaitley said the information shared under VDIS “will not be shared with any other authority. If needed we will also issue a third FAQ”.

But industry representatives did not seem completely convinced.

Krishan Malhotra, senior advisor for Dhruva Advisors, who attended the meeting, said, “The government was very receptive. On basis of our suggestions, they said they will look into whether people can pay in installments. But some concerns, for example, related to undisclosed property, and how to pay on it, will remain.”

The Centre is now focusing its energy on spreading information about the scheme, as in a campaign. It will hold 50 workshops across the country till September to clarify doubts of different groups of tax payers.

On Sunday, Prime Minister Narendra Modi, in his monthly radio address Mann Ki Baat, had also asked people to declare their undisclosed income by September 30, emphasizing that no questions will be asked about its source.

This, he however added, was the last chance to avoid problems that will follow after the window of opportunity closes.