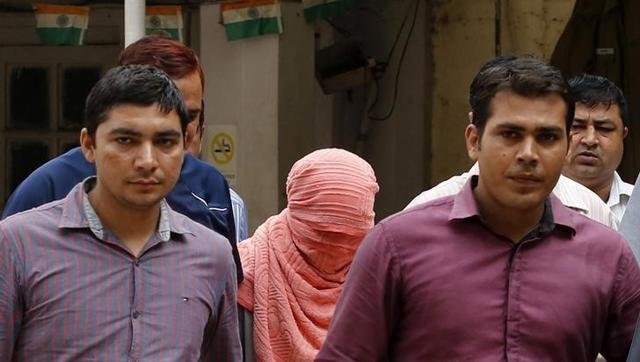 A juvenile offender convicted in the December 16 gang rape case was officially released on Sunday amid massive protests in the Capital, a day before the Supreme Court was scheduled to hear a petition to block his release.

Police sources said protection to the juvenile, now 20, was withdrawn officially after frantic last-minute efforts by the Delhi Commission for Women failed with the apex court declining an immediate stay on his release as he had served a three-year sentence, the maximum for an underage offender.

“The juvenile is not under police protection. He has been sent to an after-care home and is now completely under the Delhi government. The police have no role to play in it,” a senior police official said.

The release triggered strong condemnation from sections of civil society and the victim’s parents, who were detained by the police after sitting on a dharna at India Gate.

“We will not stop our fight here. We will now intensify our protest as my daughter has not got justice. Our government, whether Centre or state, they only listen to you when you protest and get lathicharged, else they don’t care,” said the victim’s father.

HT reported on Saturday that the juvenile was moved out of a correctional facility to an NGOrun shelter on December 9 due to safety concerns. Hours later, the DCW had announced it would approach the top court, which is scheduled to hear the plea on Monday.

Swati Maliwal, the DCW chief, also wrote to the Juvenile Justice Board to not free the convict as the matter was before the apex court.

“People of this country don’t want Nirbhaya’s rapist to walk free. India Gate protest shows that. Have a lot of hope from SC tomorrow,” she tweeted on Sunday.

The parents of the victim, however, said the DCW’s last-minute efforts were a “pretense” and “just for show”. “Our fight was all about this convict not being allowed to walk free. If he has come out, what is the point of the hearing at the Supreme Court?” the victim’s mother told reporters.

The juvenile was shifted to the shelter on the order of the Juvenile Justice Board and will remain with the NGO for an unspecified period of time as part of his rehabilitation. His criminal record has been expunged as per legal provisions and his identity shall not be disclosed. The convict escaped the gallows because he was 17 years and nine months old at the time of his arrest. Four of his co-accused are on death row.

The proposed release sparked a nationwide debate on treating juveniles as adults in case of heinous crimes such as murder and rape. A bill with similar provisions is pending in Parliament.

The decks were cleared for the release on Friday after the Delhi high court said it could not halt the process because his sentence had complied with existing laws.

In a dramatic midnight hearing, the Supreme Court also declined to stop the release of the juvenile offender and posted the matter before a vacation bench that will hear it on Monday. On December 16, 2012, the juvenile along with five other men, brutally raped a 23-yearold paramedical student aboard a moving bus. The incident triggered unprecedented public outrage over sexual crimes in the country with many saying existing laws were too soft on underage criminals.