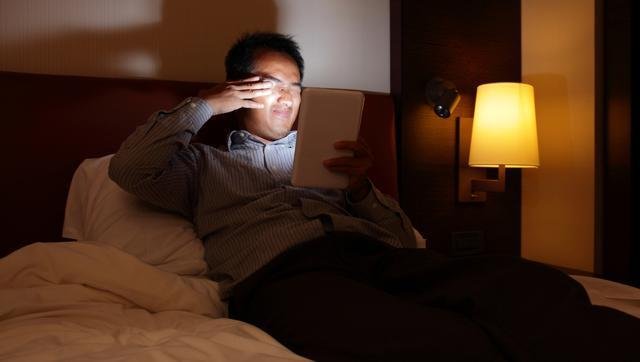 It is good to be in the dark once in a while as being exposed to artificial light constantly may prove detrimental to your health, say researchers.

Scientists found that mice kept under conditions of constant artificial light for a period of months showed muscle loss and early signs of osteoporosis.

“Our study shows that the environmental light-dark cycle is important for health,” said Johanna Meijer of Leiden University Medical Centre in the Netherlands.

“We showed that the absence of environmental rhythms leads to severe disruption of a wide variety of health parameters,” said.

Those parameters included pro-inflammatory activation of the immune system, muscle loss, and early signs of osteoporosis.

Researchers said that the observed physiological changes were all indicative of “frailty” as is typically seen in people or animals as they age.

“The good news is that we subsequently showed that these negative effects on health are reversible when the environmental light-dark cycle is restored,” Meijer said.

To study the relationship between a loss of the light-dark cycle and disease, researchers exposed mice to light around the clock for 24 weeks and measured several major health parameters.

Studies of the animals’ brain activity showed that the constant light exposure reduced the normal rhythmic patterns in the brain’s central circadian pacemaker of the suprachiasmatic nuclei (SCN) by 70%.

The disruption to normal light and dark patterns and the circadian rhythm led to a reduction in the animals’ skeletal muscle function as measured in standard tests of strength.

Their bones showed signs of deterioration, and the animals entered a pro-inflammatory state normally observed only in the presence of pathogens or other harmful stimuli.

After the mice were returned to a standard light-dark cycle for two weeks, the SCN neurons rapidly recovered their normal rhythm, and the animals’ health problems were reversed.

The findings suggest that more care should be taken in considering the amount of light exposure people get, particularly those who are ageing or otherwise vulnerable.

That is important given that 75% of the world’s population is exposed to light during the night. Constant light exposure is very common in nursing homes and intensive care units, and many people also work into the night.

“We used to think of light and darkness as harmless or neutral stimuli with respect to health,” Meijer said.

“We now realise this is not the case based on accumulating studies from laboratories all over the world, all pointing in the same direction. Possibly this is not surprising as life evolved under the constant pressure of the light-dark cycle,” he said.

“We seem to be optimised to live under these cycles, and the other side of the coin is that we are now affected by a lack of such cycles,” he added.

The study was published in the journal Current Biology.