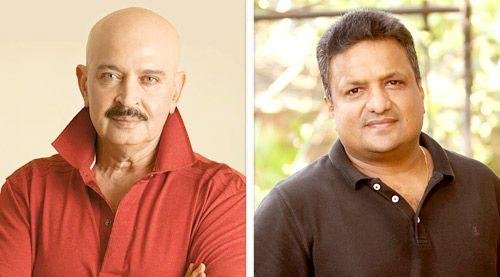 Late last year we had reported that model turned actor Sudhanshu Pandey who was contemplating on turning producer with a film titled Farmayish, had alleged that Sanjay Gupta’s next with Hrithik Roshan that would be coproduced by Rakesh Roshan had been inspired from his script.

Well matters simmered down a bit, after Roshan released a statement stating that since they had not launched any film there was no question of it being similar. However, now we hear that Sudhanshu has registered criminal charges of fraud and theft against Rakesh Roshan and Sanjay Gupta at the Amboli Police station. Further, Pandey’s lawyer Rohini Vakil added that apart from this they would also be filing a civil complaint next week.

For the uninitiated, in December last year, Sudhanshu Pandey alleged that his script Farmayish was stolen by Rakesh Roshan and Sanjay Gupta and was being used as the script for their film Kabilfeaturing Hrithik Roshan that is set to roll in February. Further Pandey claimed that after pitching his script to Gupta, they had together approached Balaji Telefilms who had back then agreed to join them as co-producers.

However following his ouster from the production of the said film, Pandey had sent two notices to Gupta and Rakesh Roshan and also filed a complaint with the Indian Film and Television Producers Council (IFTPC), claiming sole and exclusive intellectual property right, including copyright ownership on the script.