Is cricket next? Sachin Tendulkar and IOC president meet at Rio Olympics 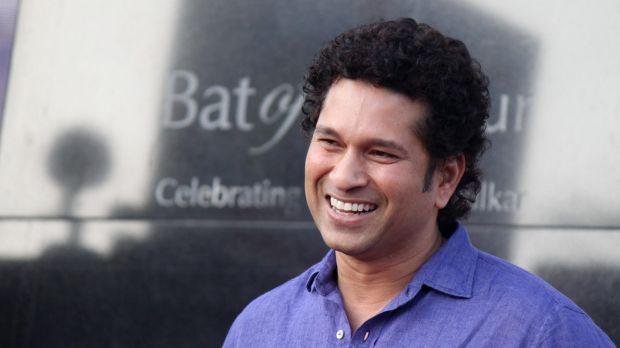 Rio de Janeiro: Sachin Tendulkar might just be the man who kickstarts cricket’s push into the Olympic Games after meeting with IOC president Thomas Bach in Rio on Saturday.

The Indian cricket legend was a keen observer at the opening morning of the women’s rugby sevens tournament, joining Bach in the stands as they watched the Olympic’s newest sport take flight.

Given India aren’t involved in the women’s sevens tournament, Tendulkar’s choice in sport and company at Deodoro Stadium is particularly intriguing.

The International Cricket Council has previously indicated it would put forward a case for inclusion in the 2024 Olympics, with the snappy Twenty20 format seemingly ideal. There would be big advantages in harnessing the sport’s potential exposure to 1.2 billion people in India and millions more across the sub-continent.

Tendulkar, who is in Rio as a goodwill ambassador for the Indian Olympic Association, was also mingling with rugby union executives who could provide an insight into how they managed to convince the governing body to introduce sevens to the list of sports at the Games.

The IOC has added golf and rugby at the Rio games, while baseball and softball will also make a return for the 2020 Olympics in Tokyo, but the IOC still struggles to engage with the sub-continent.

Cricket missed an opportunity to make its Olympic debut in Brazil, when a Cricket Australia-sponsored briefing paper was rejected by member countries including India and England.

The BCCI, Indian cricket’s governing body, was reportedly opposed to handing over control of their team to the Indian Olympic Association during the Games, while England feared harming its domestic broadcast deal and had reservations about competing as Great Britain.

Given Indian businesswoman and Mumbai Indian Premier League owner Nita Ambani was recently elected to the IOC, a door is now open for cricket to appear at future Olympics.