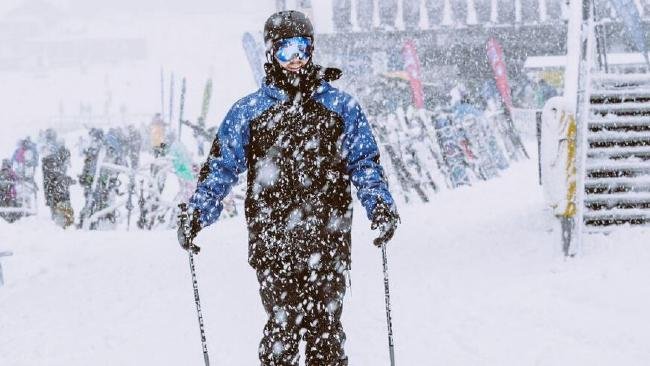 SNOW is likely to fall as far north as Queensland this week as the first major cold snap of 2016 sweeps in just days after the latest east coast low.

The Bureau of Meteorology is forecasting the deep freeze to move into South Australia on Thursday before moving east into Victoria, Tasmania, the ACT and NSW by Friday.

The freezing conditions will develop as a series of rigorous cold fronts sweep in, bringing thunderstorms and hail to much of the south-east, with snow falling on higher ground.

In South Australia, condition will deteriorate late on Thursday, with the chance of a thunderstorm and possible small hail in the afternoon and evening.

There’s a small chance of sleet or snow on the higher parts of the Mount Lofty Ranges on Friday morning as winds turn southerly.

Adelaide will only reach 14C on Friday and won’t go any higher than 15C until at least Tuesday.

Further east in Victoria, the chilly conditions will sweep through in the early hours of Friday, dropping temperatures and delivering hail and snow to much of the state.

Ski resorts can expect up to 60cm of snow from the cold snap, a relief for resort operators who’ve had a slow start to the ski season.

Snow started to fall in all of the major resorts early this morning.

Snow is forecast to fall to 700m across Victoria, with the possibility of sleet in the hills close to Melbourne.

The capital will only reach a top 11C on Friday and will struggle to hit 13C until Tuesday.

Across the border in New South Wales and the ACT, it’s inland and elevated areas that will see the worst of the cold.

Snow and sleet is possible above 800m in the ACT, Southern Tablelands, Central Tablelands, the Hunter, Mid North Coast, North West Slopes and Plains and Northern Tablelands forecast districts on Friday and into Saturday.

There’s the chance snow may fall as far north as the Granite Belt in southern Queensland overnight on Friday.

Towns in NSW that have snow on the forecast include Katoomba, one hour west of Sydney, Lithgow, Orange, Bathurst and Glen Innes.

Sydney will feel the effects of the wintry blast with temperatures over the weekend hovering around 15C, but with the wind chill factor it will feel much colder.

Tasmanians will also shiver at the end of the week with Hobart expecting a top of only 9C on Friday with snow falling to around 600m across the state.

Warnings will be issued across Australia’s south-east as the conditions deteriorate.