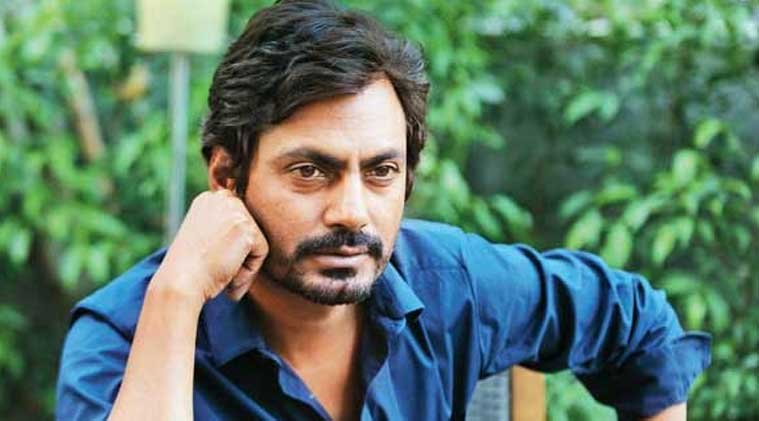 If there could be a human manifestation of the adage ‘silent waters run deep’, it would have to be Nawazuddin Siddiqui. But 2015 was the year of not the Khans or the Kapoors. It belonged to this unassuming farmer’s son from Burhana in Uttar Pradesh, who has been a watchman and a chemist to earn a living some time ago in this life. Nearing 42, the actor is now, in his own words, “getting used to the attention.”

Last year, he notched up an enviable body of work. Whether it was in Manjhi: The Mountain Man or the so-called commercial films such as Badlapur, Kick and Bajrangi Bhaijaan things did go in Nawaz’s favour. He admits, he is lucky and says, “Be it Sajid Nadiadwala for Kick, Kabir Khan for Bajrangi Bhaijaan or even Rahul Dholakia for Raees, they cast me because they are convinced that they only want Nawaz. A director will only come to me if he believes only I can play this role. I am okay with saying no to any film if I don’t like the role. Mujhe paise ya fame ka laalach nahin hai (I am not greedy for fame or money).”

Reminiscing about in his village, Nawazuddin says, “We had just one kachcha cinema hall with a tin roof, nadi paar (by the river). Only C-grade films used to play in that theatre. I grew up watching those films. Then, when I went to National School of Drama, I was introduced to world cinema. That was the leap my cinema studies helped me undertake. But actually, I never wanted to be an actor. It was just a sudden thing. I was content studying chemistry.”

The leap of faith and realisation that acting was his passion happened when he moved to Delhi, lured to the city by friends who were already there. Some of the friends were keen on theatre, and Siddiqui found himself watching 70 plays in six months. It was while studying at NSD that he played the role of Mikhail Borkin in a Hindi adaptation of Anton Chekov’s Ivanov. “It was then I realised that I could do intense roles,” he says. He participated in plays staged by the Sakshi Theatre Group, working with people such as Saurabh Shukla and Manoj Bajpayee, who went on to make a name for themselves in Mumbai.

Nawaz moved to Mumbai in 2000 in a batch that included actors Vijay Raaz and Rajpal Yadav. In 2004, which was one of the worst years of his struggle, he couldn’t pay any rent. He asked an NSD senior if he could stay with him. The senior allowed him to share his apartment in Goregaon if he was willing to cook meals for him.

“TV was too glossy for someone as ugly as me. I was doing bit roles but I had that bug that I wanted to do more. That was when Anurag Kashyap happened to me. He signed me for Black Friday and I felt that this would be my take-off. Unfortunately, the film got banned. So meri life ke utaar chadhaav kam nahi hai. (My life has had many ups and downs)” reveals Nawaz.

Extremely critical of his work, Nawaz hates to see himself on screen. “I can only see my mistakes. Main khud ko screen pe jhel hi nahin pata (I can’t tolerate myself on screen), so I only see my film once before release and then never again, ” says Nawaz.

His work in Prashant Bhargava’s Patang (yet to be released in India) has won him critical acclaim. American critic Roger Ebert invited him to his film festival Ebertfest in Chicago last year. “That’s when I realised that I was being noticed,” he smiles.

There was a time when Nawazuddin Siddiqui’s idea of looking for work was to queue up in front of production houses — too shy to ask for a role. “I used to stand silently in one corner and wait for the producers to notice me,” confesses Nawaz. Not now. His date diary, much to the chagrin of his wife, Anjali is choc-a-bloc.

Filmmakers who had earlier rejected him saying that he was not “hero material” are now making a beeline for him. “After Wasseypur, I have got at least 200 offers,” says Siddiqui, who is now acting in theatre director Barry John’s film on Phoolan Devi’s killer Sher Singh Rana.

Dibakar Banerjee has offered him the lead in his next film about the life of a struggling actor. “He wants to know more about my life in Budhana to incorporate all that into the film,” he says. Siddiqui also says that he’d like to work for Bengali films and is in talks with director Buddhadeb Dasgupta.

For now, Nawazuddin Siddiqui continues to follow his heart and that – his unique talent is what sets him apart from the crowd.