Always making mistakes? Blame it on your noisy brain 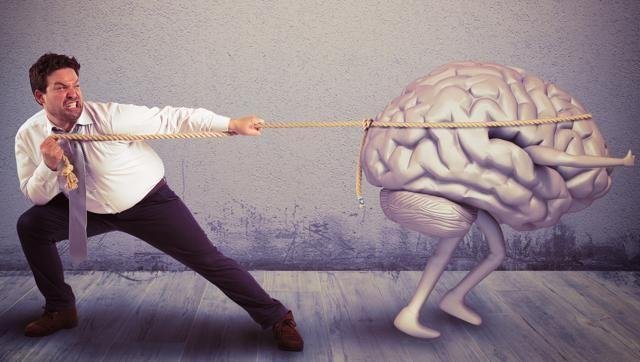 A team of neuroscientists has discovered that “noise” in our brain causes us to make mistakes, suggesting that practice will never make perfect.

The Duke University study shows that the response of a given neuron varies in its activity even when we see exactly the same scene, essentially producing a certain kind of brain noise that affects our responding movements. “Understanding the noise in the nervous system and how it can work to cause inaccuracies in movement is a critical step in understanding how we move,” said senior investigator Stephen Lisberger.

These findings may help explain why our signatures don’t look the same every time, why our tennis stroke doesn’t always hit the ball where we want it, or why we mistype a key on the keyboard, he added.

It’s not new that our brains, and the neurons within, are noisy. The exact timing of a neuron as it produces spikes of electrical activity transmits crucial information. But a single neuron fires irregularly and inconsistently, even when a person is performing the same motion repeatedly.

In the new study, Lisberger’s team analysed electrical activity of single neurons firing in the brains of monkeys that were tracking a dot moving across a computer screen. A region called “MT” within the visual region of the brain is responsible for guiding these particular eye movements, and for perceiving motion in general. Each neuron responds to the moving dot with a particular delay.

Unexpectedly, the delay of one neuron in response to a particular motion linked up with the delay of another neuron in the MT, the group found. When one neuron fired a little early, so did its neighbour. “We think further analysis of variation in neural responses is going to allow us to understand how the sensory and motor parts of the brain work together to generate reliable and accurate movements,” Lisberger said. The study is published in the journal Neuron.