Clarke comes out of retirement, has ‘unfinished business’ in T20s 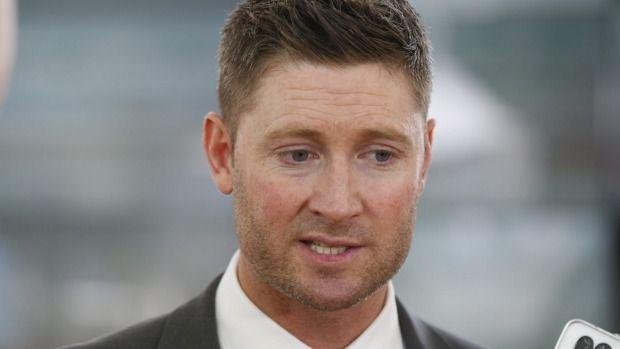 Former Australian Test captain Michael Clarke on Sunday said he was returning to cricket six months after his retirement, telling the media he had “unfinished business” in the shorter form of the game.

The 34-year-old, who bowed out in August after the disastrous Ashes series in England, said his first game would be with his grade club Western Suburbs against Randwick-Petersham in Sydney on February 20-21.

“To step away from cricket for four months has been great, I have found my body has enjoyed it and my mind has really enjoyed it too,” Clarke told News Corp newspapers.

“At the same time I’ve realised the game of cricket is in my blood. I’ve been looking for an outlet to replace what I’ve chosen to walk away from.”

One of the outstanding batsmen of his generation, Clarke said he “missed the game” and would “never say never to anything”.

“All I know is, I’ll never say never to anything. I’ll start with Western Suburbs and we will see where it takes me. For now, my focus is definitely the shorter format of the game.”

The batsman, who became Test captain in 2011, last year pulled out of his Big Bash League deal with the Melbourne Stars but said on Sunday he was interested in returning to Australia’s domestic Twenty20 league.

“I still believe I have some unfinished business in the Twenty20 department of cricket. We’ve got BBL, IPL, a number of tournaments around the world that allow you the opportunity to go and play that,” he told commercial broadcaster Channel Nine.

“When I was playing for Australia I was focused on Test and one-day cricket. I walked away from that, now I have the opportunity to focus on the shorter form of the game if I enjoy this game.”

Clarke had long battled back problems but said his “body feels unbelievable”.

“I’ve been training since walking away from cricket. But my back’s had time to settle,” he told Channel Nine.

“The stress and pressure of playing at high level, you’re pushing your body to the max 24/7. To be able to walk away from that for five months now has helped my body.”