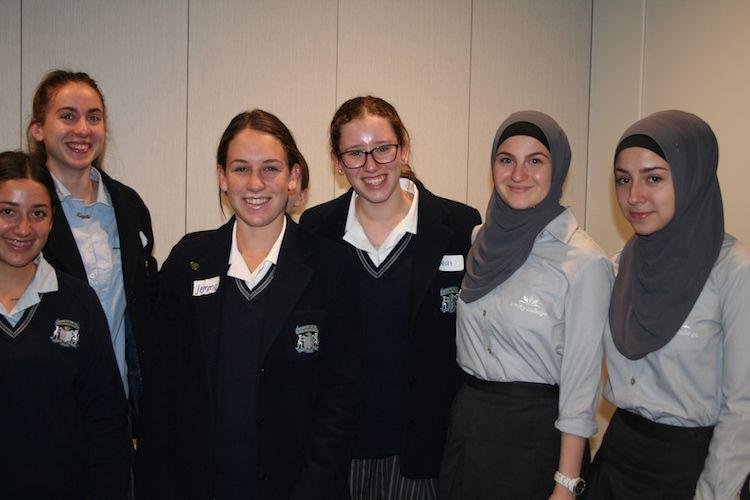 A quiet revolution is under way in this city, yet most Sydney siders are unaware that it’s happening. Every year the NSW Jewish Board of Deputies – the representative body of the NSW Jewish community – brings together about 1000 high school students of a range of faiths and traditions in a schools’ harmony program called “Respect, Understanding, Acceptance”.

The students meet in groups of approximately 100 and spend the day in meaningful discussion on the issues which unite and divide them. The program also includes a strong anti-racism component and encourages participants to take on leadership roles and to be proactive in combatting intolerance and bigotry.

It has been running for a decade, with over 35 high schools currently participating from all areas of Metropolitan Sydney, catering to students in Years 9, 10 and 11. The objective is to tackle issues of cultural and religious ignorance and intolerance, with the students learning about each other’s cultures and religions, followed by discussions on where racism can lead.

Each school presents on its predominant culture or religion to the full group, and discussions are held on the impact that racism has had on students’ lives.

“It encourages students to acknowledge each other’s differences, to respect diversity and to have the courage to speak out when they see someone being isolated, marginalized or discriminated against,” NSW Jewish Board of Deputies CEO Vic Alhadeff said. “It’s about recognizing the humanity in others, even if – or especially if – we come from different cultural backgrounds. And, most importantly, it’s about leadership – that leadership is not a popularity contest, but is about being willing to lead, to challenge and to confront such issues as racism and bigotry.”

Feedback from students is unfailingly overwhelming in expressing appreciation at changed perceptions which have been generated.

NSW Attorney-General Gabrielle Upton addressed program participants recently, stressing the benefits of the program and how the positive connections which students make will positively impact their lives.

The NSW Jewish Board of Deputies is currently planning next year’s programming and welcomes expressions of interest from schools which would like to participate in 2017.