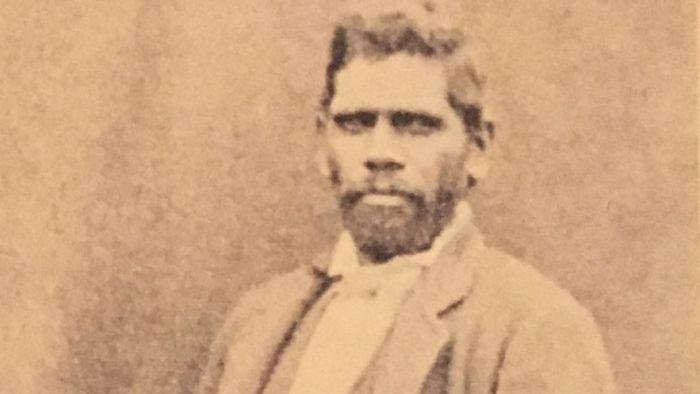 There is a new award for the man of the match in the Boxing Day Test and it honours an Indigenous Australian with statistics hardly conceivable.

Cricket Australia announced the best player of the Melbourne Test match will receive the Mullagh Medal, named after Johnny Mullagh.

He was the best player from the 1868 Aboriginal team that became the first sporting team from Australia to tour internationally.

The medal is part of Cricket Australia’s Reconciliation Action Plan, but it is more than reflecting on Indigenous cricketers who were never recognised for their achievements.

It is about appealing to more young Indigenous Australians to be involved in the game of cricket.

Who was Johnny Mullagh and what was the 1868 tour?

Three decades before Australian federation and almost a century before Indigenous Australians were recognised by the Government as citizens, an all-Indigenous side became the first sporting team from our shores to tour overseas.

Johnny Mullagh was the star of the Indigenous side that toured England in 1868.

He learnt his cricket with a red gum bat at Pine Hill Station in the west Wimmera region of Victoria.

He travelled 400 kilometres from western Victoria to Melbourne to be smuggled onto a ship with the rest of his teammates.

Things only got harder, as the players spent three months at sea.

Once in England, Mullagh played 47 matches with statistics that are simply staggering.

He even spent a few matches as wicketkeeper, taking four stumpings.

Prior to the tour, Mullagh played in a Boxing Day match in 1866, and also worked for the MCG for 20 weeks, earning 1 pound per week.

It is this connection to the MCG that made Mullagh the perfect candidate for the memorial medal which will now be presented at the end of the Boxing Day Test.

The Mullagh Medal is a unique design which has a special connection to the 1868 Indigenous tour.

It has been designed and made by brothers Dan and John Flynn from Kyneton, Victoria.

The brothers have been part of many famous medals and trophies, including the Formula One Australian Grand Prix trophies and medals for the 2006 Commonwealth Games.

The outer border of the medal is a copy of the belt buckles worn by the players on that tour.

In the middle is a picture of the touring side from 1986, including Mullagh.

The medal is one of the more special ones produced by the Flynn brothers, according to Dan, who said it took two months to design the concept.

“This is a really exciting medal because I think the story it tells is the best story of anything we’ve ever made,” he said.

“What you’re trying to build is when people pick up that medal, they can actually see what it is but also actually tells them and keeps telling them more and more about the history of the piece.”

Hope for the future by recognising the past

The medal is a positive step forward in Cricket Australia’s reconciliation plan, according to Australia one-day international representative Dan Christian.

The Indigenous man, who is currently playing for the Sydney Sixers in the Big Bash League, told ABC Sport the award was a great thing for Australian cricket.

“I think it’s a fantastic thing, fantastic recognition for Johnny Mullagh and his family and for in cricket in general,” Christian told the ABC Sport.

“The Boxing Day Test is one of the biggest games in the Australian sporting calendar — to have the best player of that match awarded the Mullagh Medal is a fantastic thing from Cricket Australia.”

Christian was part of an Indigenous touring side in 2018, marking 160 years since Mullagh’s team visited England.

He said he was glad that tour has been followed by this medal, keeping the memory of that touring team alive.

“It’s a really nice progression and it’s great awareness and recognition for Indigenous people and Indigenous cricket in general,” he said.

“Hopefully, it’s a sign of more things to come and it leads to young Aboriginal kids coming through and wanting to be the next Ash Gardner or Jason Gillespie.”