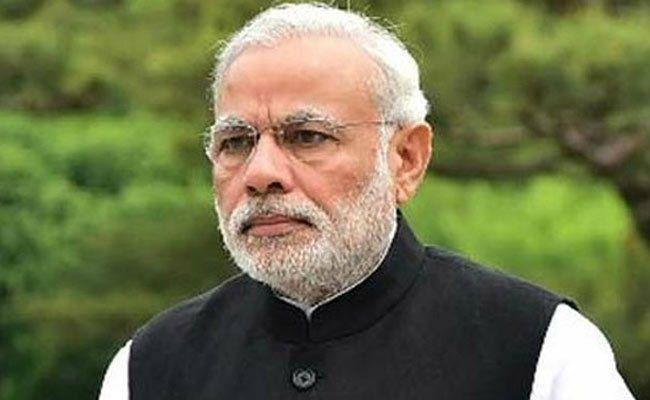 Ahead of Prime Minister Narendra Modi’s maiden visit to the UK, the British media today said “troubles at home” after the BJP’s drubbing in the Bihar elections will overshadow his visit.

The fervour has been building up in the UK around PM Modi’s three-day visit starting Thursday, which will include a grand reception at Wembley Stadium described as the “biggest political rally in the history of the UK” on Friday.

“Since he swept to power 18 months ago, Indian Prime Minister Narendra Modi has proved to be a charismatic international statesman, impressing leaders from Shinzo Abe to Barack Obama as well as expatriate Indians with his ambition to modernise India,” The Financial Times’ said.

“But his next foreign visit – to the UK this week to meet David Cameron and the Queen and to address a crowd of 60,000 British Indians at Wembley Stadium – will for the first time be overshadowed by deepening troubles at home,” it said.

The newspaper, however, stressed that the UK will be keen to distance itself from any negatives to clinch an estimated package of USD 15-billion trade and investment deals.

‘The Independent’ newspaper also feels the drubbing in the Bihar elections is an “embarrassing setback” coming on the eve of the high-profile visit.

“The result means that as he prepares for an enthusiastic welcome in Britain this week – including an unprecedented sell-out event at Wembley Stadium on Friday – Mr Modi will be smarting from the defeat on home soil, which comes as his administration also faces mounting accusations of fomenting intolerance,” the newspaper said.

In its own analysis titled ‘From pariah to rock star world leader’, the ‘Daily Telegraph’ also expressed concerns over how his party was “comfortably defeated” in the Bihar polls, weakening the Indian Prime Minister’s domestic stand.

“As he emerged from provincial politician to likely leader of the world’s largest democracy, Britain ended the boycott in 2012 in the face of growing business and realpolitik pressures.

“The turnaround has been dramatic. This week he will stay at Mr Cameron’s country residence (Chequers), address the two Houses of Parliament, visit Indian-owned businesses and sites of Indian cultural importance,” the daily said.

The news reports come against a backdrop of the so-called “Modi Not Welcome to the UK” protest group projecting a hologram with its banner on the House of Parliament on Sunday night. The group led by Awaaz Network is among some of the UK-based organisations planning protests during the visit this week.

CasteWatchUK has also announced a demonstration at Parliament Square on Thursday afternoon, coinciding with PM Modi’s address to the British Parliament.

“An appropriate policing plan is in place. We are in dialogue with various protest groups to facilitate their requests. No restrictions have been placed on the route,” a Scotland Yard statement said.

Meanwhile, PM Modi expressed his excitement at the maiden visit in an article for ‘The Sunday Times’.

“I am looking forward to my visit to the United Kingdom with anticipation and excitement. Britain is a special partner, and ours is no ordinary relationship,” he wrote.

PM Modi arrives in London on Thursday and lunch with Queen Elizabeth II and a host of engagements with his British counterpart, David Cameron, are part of the packed schedule.

Visits to Mahatma Gandhi’s statue in Parliament Square and Tata Motors’ owned Jaguar Land Rover (JLR) factory will be followed by unveiling of a new Ambedkar memorial in north London and a new statue of 12th century Indian philosopher Basaveshwara as part of the official agenda, before he leaves for Ankara to attend the G20 summit on November 14.