How The Big Twist In Gujarat Chief Ministerial Race Came About 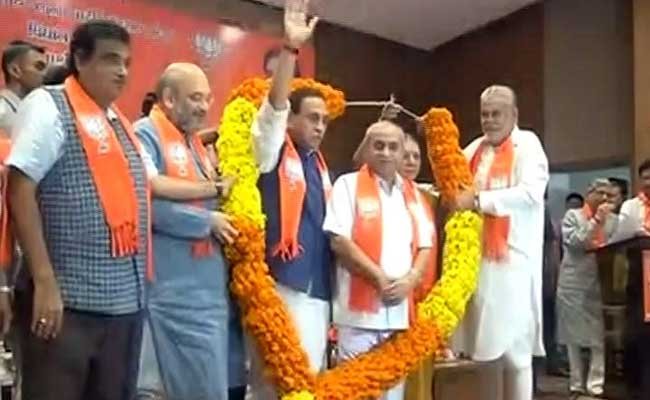 The surprise selection of Vijay Rupani as the next Chief Minister of Gujarat came as late as this afternoon, after a meeting between three BJP leaders and party chief Amit Shah.

Sources said during the one-hour meeting, outgoing chief minister Anandiben Patel was rooting for Nitin Patel, insisting that a Patel leader be chosen to lead the state ahead of next year’s elections. But party chief Amit Shah supported Mr Rupani, pointing out that a large section of the party leaders were in his favour.

Upset, Ms Patel — who had insisted that she was quitting as per the party’s age bar of 75 years – at one point alleged that her government had been sabotaged, sources said.

The preparatory meeting – held ahead of the legislators’ meet, was also attended by senior party leaders V Satish and Dinesh Sharma.

The party, however, denied any disagreement between the two leaders. ”There was no disagreement. Anandiben proposed the name of Rupani as the Chief Minister and Nitin Patel as the Deputy Chief Minister,” said senior party leader Nitin Gadkari.

The selection of Mr Rupani, a Jain leader, came as a surprise to many. Till Friday morning, not only was Nitin Patel, widely tipped to be the next Chief Minister was accepting felicitations and giving interviews on his plans, but celebrations had started at his ancestral village in north Gujarat.

Sources said ever since the issue of a next chief minister came up, Mr Shah had been in favour of Mr Rupani, who is also said to be close to Prime Minister Narendra Modi. Before the final call, Mr Shah had held multiple meetings with state leaders. He also attended the meeting at which BJP lawmakers elected Mr Rupani as their leader.

Mr Rupani, 60, is known for his formidable organisational skills, which is expected to help the party in the run-up to the assembly elections slated to be held in the state next year.

Mr Patel’s candidature was supported by a section in view of the agitation by Patidars in the state.