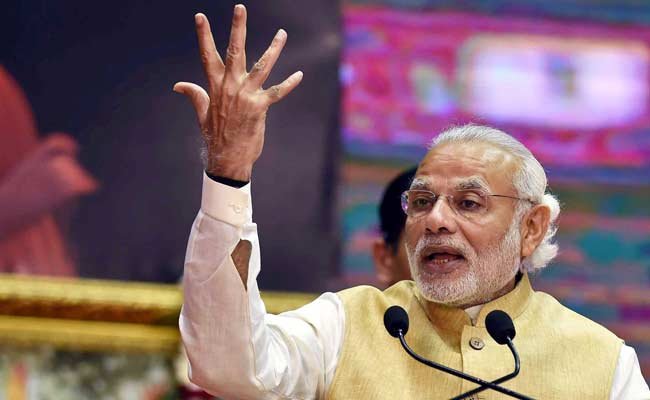 Kolkata:  Prime Minister Narendra Modi today said the Bhakti movement, with its inherent quality to stand up and fight against evil forces, had acted as the foundation for the country’s freedom struggle.

“If we see India’s freedom struggle, many great personalities who fought for the country’s freedom come mind. No one can belittle their sacrifices. But we cannot forget that the Bhakti movement had formed the foundation of the freedom struggle of our country,” PM Modi said after inaugurating the centenary celebration of Sri Gaudiya Math and Mission in Kolkata.

PM Modi recalled the contributions of Sri Chaitanya, Sri Shankar Dev and Thiruvalluvar in cleansing the society of evils.

“Bharat has faced several external attacks over centuries, but its spiritual basis could not be dented,” the prime minister said, adding the Bhakti movement had kept the spiritual mind alive among the people to fight against evil forces.

Noting that even 400 years back there was the issue of corruption, he said people’s representatives should first care for the masses and should not allow any kind of haughtiness to grow within them.

“Bad things come up within the society at times and forces also come up from within to fight against such forces,” the prime minister said, while alluding to personalities like Raja Ram Mohan Roy and Iswar Chandra Vidyasagar during the Bengal Renaissance period.

“It is our spirituality that binds the country together, not communities,” PM Modi said.

“We are not people bound by communities. Communities come and go with time, but we are bound by an unbreakable bond of spirituality. This is what provides us strength,” the prime minister said.

PM Modi later visited the Gaudiya Mission at Baghbazar area of the city and met the monks there.

Gaudiya Mission is an old missionary organisation that spreads the message of Sri Chaitanya Mahaprabhu.

From there, the PM went to the airport where West Bengal Governor Keshari Nath Tripathi and Chief Minister Mamata Banerjee saw him off.

BJP national secretary Rahul Sinha, who was also present at the airport, told reporters that PM Modi and Ms Banerjee exchanged pleasantries before he boarded the plane.