I do what I believe in, can’t have double standards: Radhika Apte 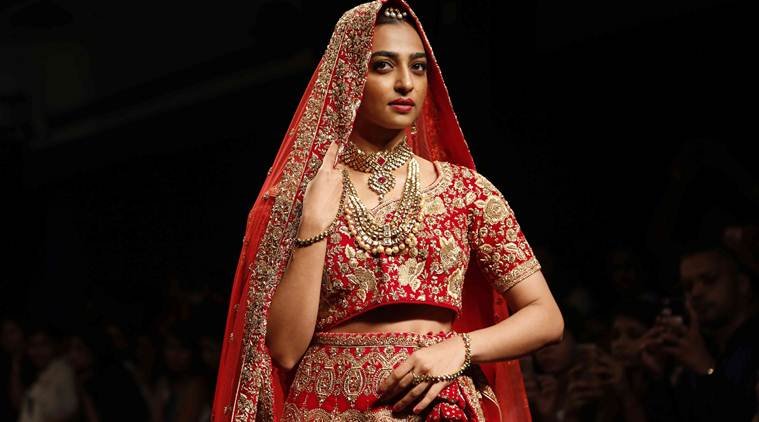 She not only broke the stereotypical image of the Bollywood heroine with her role in films like Phobia, Badlapur, Manjhi – The Mountain Man and short film Ahalya, but is also vocal about her strong opinions on social issues. Actress Radhika Apte says she always does those things that she believes in, without being scared of the consequences. Radhika was recently in the news for her leaked lovemaking scene in Parched, but she says that it wasn’t leaked.

IANS caught up with Radhika at the Lakme Fashion Week (LFW) Winter/Festive 2016 where she was walked as the showstopper for designer Saroj Jalan. Asked if she is not scared of negative feedback for her opinion on social issues, Radhika said: “You get negative comments even if you are not talking. So you can’t be scared of negative comments from people. I can’t have double standards, so I do what I believe in.”

In a decade-old career in the Indian entertainment industry, Radhika has balanced her work between commercial and off-beat cinema. She says that she wants to explore more as an actress.

“I want to explore. I’ve just begun and in an actor’s journey, you have to explore more. So for some of the projects, I had great fun doing them and quite challenging and some of them I did for different reasons. But yes, I hope I get more opportunity to explore,” she said.

Radhika believes she hasn’t reached a level of “stardom”.Yet, the 30-year-old said: “I don’t like people recognizing me all around the world. I really don’t like that as it’s breach of my privacy.”

“That wasn’t leaked by the way. The film has released in many countries abroad and it’s also on the US Netflix,” she said and added that “society needs to grow” in terms of accepting such films. So what is keeping her busy nowadays? “I am on a break as I just finished a project after a long time,” she said.