Was this ‘ball of light’ over Canberra a UFO? 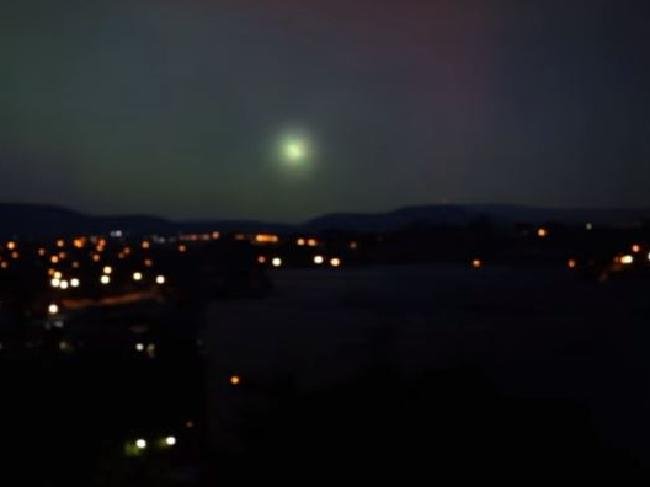 A MYSTERIOUS light over Australia’s capital has captured the imaginations of social media users, with many declaring the baffling flare as evidence of a UFO.

Since the video was uploaded to YouTube on January 3, it has been viewed over 137,000 times, with users speculating it is everything from Bronwyn Bishop in a taxpayer-funded UFO to a flying saucer opening an intergalactic portal.

But many astronomers have discredited the idea that it was a UFO, explaining that it is much more likely to be a rare weather phenomenon known as a ‘ball of lightning’.

“Normally lightning strikes up and down hitting the ground, but ball lightning is a weird thing where it appears as a ball explosion, sometimes it can even move around in the sky,” Mr Tucke said.

“It’s always hard to discredit aliens, but I think they would probably visit somewhere more active than Canberra.”

He also dismissed social media speculation that the video also featured an aurora.

“And they wanna tell me its ball lightning, nice try fools.”

Another user Areskilla Zima suggested it could be another terminator “being sent back in time to kill John Connor”, referencing the Terminator franchise.