Does Australia’s government support the Trump travel ban? It depends 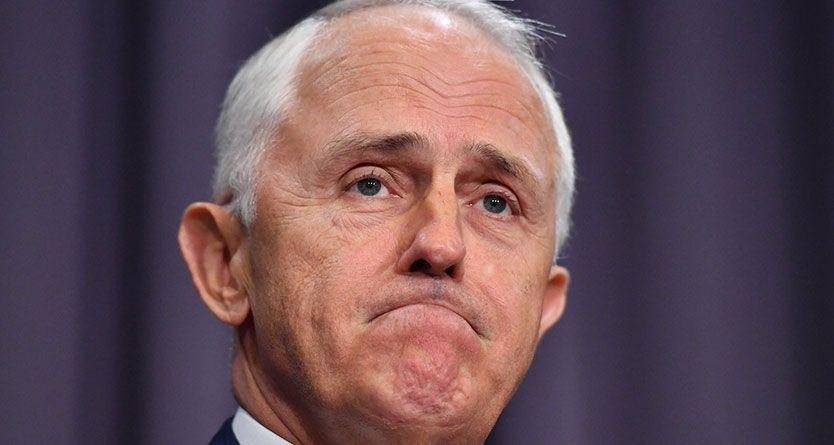 Summer ends now, and it ends much as it began, with Malcolm Turnbull caught uncomfortably between a rock and a hard place.

On Monday, Turnbull declined to follow other world leaders in criticising Donald Trump’s travel ban, despite the fact it is clearly discriminatory, inflammatory, possibly illegal and potentially counterproductive – presumably because Australia needs the new administration in Washington to stand by the refugee resettlement agreement the government negotiated with the previous regime.

But it’s not only the blindingly obvious imperative of choosing your words carefully so as not to rock the boat with our most important strategic ally at a delicate transitional moment, thereby imperilling a significant prime ministerial achievement – this is the Coalition, folks.

There are also the vexed internals to consider.

What is the government’s position on the Trump travel ban? As is frequently the case with this government, it depends on who you ask.

George Christensen thinks the Trump move is “a sensible policy for national security in the present climate”. The Queensland LNP backbencher would also like a total ban on Australia’s humanitarian intake and a ban from countries that have a high level of violent extremism. Just by the by.

If Cory Bernardi wasn’t currently in a period of radio silence as he contemplates his immediate political future he’d be all over this too, mining the Trumpocalypse – or in our domestic context, mining the fertile political fault line where Coalition support intersects with One Nation support.

The treasurer, Scott Morrison, thinks two things: it is inevitable that other nations will follow Australia’s lead in implementing maximum deterrence when it comes to unauthorised arrivals, and nobody should be surprised when a president seeks to implement his election promises – which is about as close to an explicit endorsement of the Trump travel ban as you get.

Ciobo said over the weekend he would not support a Trump-style ban, and nor would most Australians.

Simon Birmingham, the education minister, was conceptually in the Ciobo camp, but as he ventured out on Monday, he was obliged to bridge the new position just articulated by the prime minister (we aren’t a commentator on the domestic policies of another country) and his own clear commitment to a non-discriminatory immigration policy.

Australia should be proud of our non-discriminatory immigration policy, Birmingham said, adding somewhat crisply that Christensen was “wrong”.

Sadly, the immigration minister Peter Dutton left the room on Monday as he was being asked whether or not he supported the Trump travel ban, so we don’t know what the most important conservative figure in the government thinks, and whether it aligns with anyone else’s thinking.

While declining to criticise Trump, the prime minister said on Monday what he evidently felt he could: Australia was committed to multiculturalism, and to a non-discriminatory immigration policy, and to Secure Borders.

Turnbull, having clearly resolved to have a press conference to try and stop people opining shrilly that he was in witness protection, or avoiding a controversial subject, but having also resolved to say absolutely nothing – declined to go into what he might be doing to ensure Australian citizens were not caught up in the chaotic scenes playing out in US airports.

When Australia raised issues “we do so privately and frankly” Turnbull remonstrated, as if private and frank was an intrinsic virtue universally acknowledged in polite society, rather than a tactical call you make when you aren’t in a strong bargaining position.

Other countries – the United Kingdom, Canada – appear to have secured exemptions from the travel ban from the US for their dual citizens. Incredibly, (yes, that’s irony font) – these two countries have their exemption despite saying precisely what they think about the travel ban.

Later on Monday the foreign minister, Julie Bishop, (who is currently in the Land of Donald), was notably less private about the frankness.

She put her elbows out, and said Australia was seeking the same deal.

“I have directed our officials in Washington DC to work with US officials to ensure any preferential treatment extended to any other country in relation to travel and entry to the United States is extended to Australia,” the foreign minister said.

Back in the “less is less” session in Canberra, Australia’s prime minister also declined to say anything more than absolutely necessary about what Trump had given Australia by way of undertakings on the refugee resettlement deal – presumably lest Breitbart find out, and start a nasty ruckus.

A journalist asked: “Prime minister, are you able to give us any more details on the nature of the [resettlement] agreement with president Trump, how many [people] will go and when they will go?”

Later he said it would take the US a “some time” to process people, which was an advance on “no”, but a distance short of full disclosure. Or even partial disclosure.