Attacks Against Weaker Sections To Be Dealt With Firmly’: President On Eve Of Independence Day 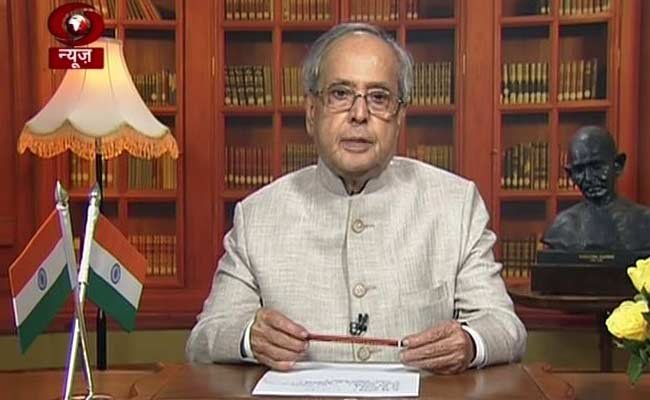 In his address to the nation on the eve of the 70th Independence Day, President Pranab Mukherjee cautioned against polarsation and said attacks against “weaker sections”, which is against Indian ethos, should be dealt with firmly.

Over the last four years, he said, he saw with “some disquiet” the “forces of divisiveness and intolerance trying to raise their ugly head”.

“Attacks on weaker sections that militate against our national ethos are aberrations that need to be dealt with firmly,” he said.

The warning comes in the backdrop of increasing reports of attacks on Dalits and minorities across the country by cow vigilantes, regarding whom Prime Minister Narendra Modi had recently issued a warning.

Last year, the President had made an appeal for tolerance when mobs targetted several people — including a 62-year-old man in Uttar Pradesh’s Dadri — over rumours of cow slaughter.

This time, the President came down heavily on forces of intolerance and cautioned against polarisation, saying “disruptions, obstructionism and un-mindful pursuit of a divisive political agenda” led to institutional travesty and subversion of the Constitution.

Democracy, he pointed out, is more than a “periodic exercise of choices” to elect the government.India, President  Mukherjee made clear, cannot grow unless an inclusive approach is adopted.

“The excluded ones have to be included in development process. The hurt and the alienated have to be brought back into mainstream,” he added.

President Mukherjee, however, also added that the collective wisdom of Indian society and our polity made him confident that such forces will remain marginalised and India’s remarkable growth story will continue uninterrupted.