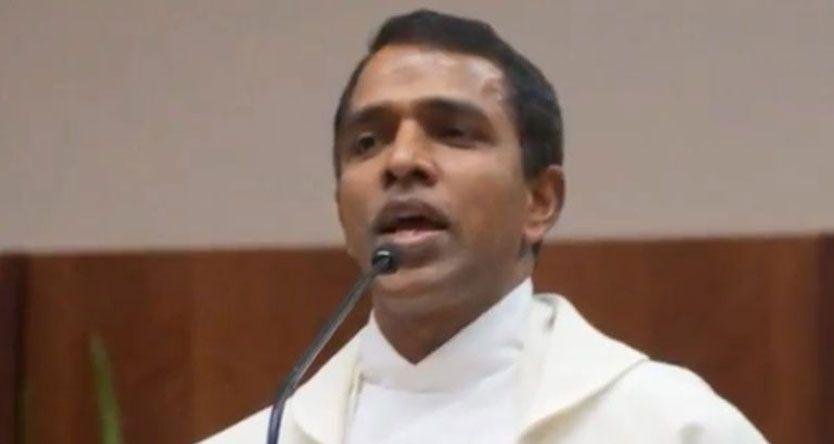 KOZHIKODE: Fr Tomy Kalathoor Mathew, the Malayali priest who was stabbed in a church at Melbourne on March 19, said the attack on him was not a racist crime.

Fr. Mathew, who has been recuperating at his cousin’s house near Melbourne, told TOI over phone that police have informed him that the 72- year-old man who was arrested in connection with the case has been suffering from a psychiatric condition and has been undergoing treatment.

“I too suspected it to be a racist attack as the attacker had objected to me conducting the Sunday morning mass as I was an Indian. But I have been told that he has been suffering from a psychiatric condition. Our parish has people from 16 nationalities and I have not seen any racial discrimination or hatred during my three year tenure in Australia,” Fr Mathew who has been serving as the parish priest at St Matthew’s Church in Fawkner, a northern suburb of Melbourne, said. He said the attacker had approached him earlier, during the Sunday mass, and asked which country he belonged to.

“When I said I am an Indian, he asked how an Indian can be a Christian. He said I cannot give the mass as all Indians were either Hindus or Muslims. He also warned me against giving a mass. I didn’t take it seriously. I never thought he would come with a knife the next week,” said the 48-year-old priest who hails from Anakkampoyil in Kozhikode. Recounting the attack which took place on March 19, Mathew said the man approached him and said he wanted to talk something just moments before he was to give the mass.

“When I said we can have the conversation after the mass, he took out a knife and stabbed me. My shoulder was injured as I turned my neck to evade the attack,” he said adding that the wound was not deep as there were four layers of clothing, including the special robes worn for mass.

“I do not have any ill- feeling against him. He might have acted so because of his psychological condition and I will also pray for his health and well-being,” said Fr. Mathew who was looking forward to get back to work on March 25.

Online Source: The Times of India