At 40 million years old, this rare star is acting young for its age 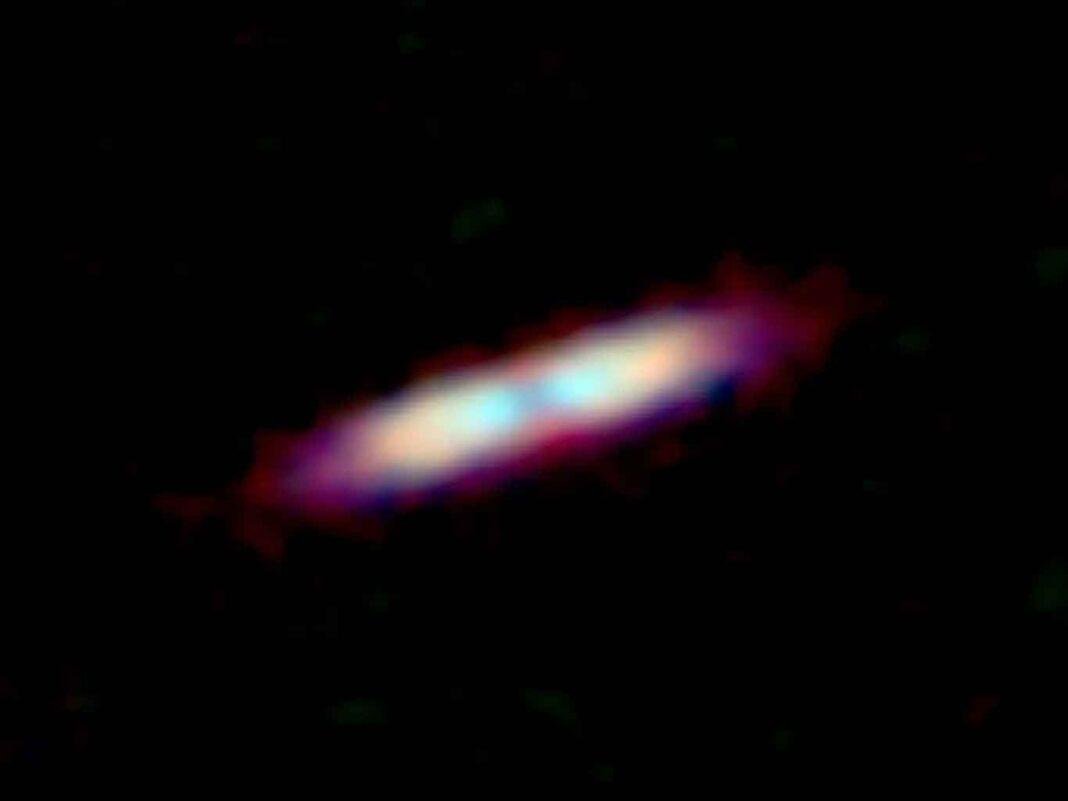 Astronomers have discovered a young star surrounded by an astonishing mass of gas which raises questions about current understanding of planet formation.

The star, called 49 Ceti, is 40 million years old and conventional theories of planet formation predict that the gas should have disappeared by that age. “We found atomic carbon gas in the debris disk around 49 Ceti by using more than 100 hours of observations on the ASTE telescope,” said Aya Higuchi, an astronomer at the National Astronomical Observatory of Japan (NAOJ).

ASTE is a 10-m diameter radio telescope in Chile operated by NAOJ.

“As a natural extension, we used Atacama Large Millimeter/submillimeter Array (ALMA) to obtain a more detailed view, and that gave us the second surprise. The carbon gas around 49 Ceti turned out to be 10 times more abundant than our previous estimation,” Higuchi said.

Planets are formed in gaseous dusty disks called protoplanetary disks around young stars. Dust particles aggregate together to form Earth-like planets or to become the cores of more massive planets by collecting large amounts of gas from the disk to form Jupiter-like gaseous giant planets.

According to current theories, as time goes by the gas in the disk is either incorporated into planets or blown away by radiation pressure from the central star.

In the end, the star is surrounded by planets and a disk of dusty debris. This dusty disk, called a debris disk, implies that the planet formation process is almost finished.

Recent advances in radio telescopes have yielded a surprise in this field. Astronomers have found that several debris disk still possess some amount of gas. If the gas remains long in the debris disks, planetary seeds may have enough time and material to evolve to giant planets like Jupiter. Therefore, the gas in a debris disk affects the composition of the resultant

The amount of gas around 49 Ceti is, however, comparable to those around much younger stars in the active planet formation phase, said the study published in the journal Astrophysical Journal Letters.

There are no theoretical models to explain how so much gas could have persisted for so long.The other possibility is that the gas was released by the collisions of small bodies like comets.

But the number of collisions needed to explain the large amount of gas around 49 Ceti is too large to be accommodated in current theories. The present ALMA results prompt a reconsideration of the planet formation models, said the study.