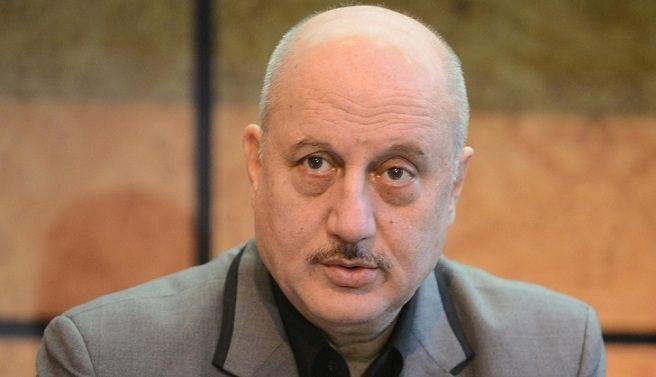 For almost a month, Anupam Kher has been quietly shooting in Australia for a Hollywood project, ‘Hotel Mumbai’, based on the 26/11 terror attacks. Anupam Kher essays the character of celebrity chef Hemant Oberoi, who, as the corporate chef of the under-attack Taj Mahal Hotel, kept the kitchen running to serve guests amidst the mayhem.

Speaking to hitlist from Adelaide, Anupam Kher says, “The hotel has been recreated at Adelaide Studios. We are shooting the indoor scenes here.”

Due to contractual obligations, the actor does not reveal more about his character. He, however, says, “It is not an autobiographical work. It is about what unfolded in those 68 hours at the hotel. It is a story of courage of the people who were working there.”

Anupam Kher’s co-stars include Jason Isaacs, Armie Hammer, Dev Patel and Tilda Boniadi. Directed by Anthony Maras, the film is inspired by docu filmmaker Andrew Ogilvie’s ‘Surviving Mumbai’. Ogilvie is also one of the co-producers and has written the screenplay with John Collee (‘Master and Commander’, ‘Happy Feet’).

Adds Anupam Kher, “‘Hotel Mumbai’ is my 501st film. I am treating it as my first film post the interval of my career. I have no Bollywood projects in hand at the moment. I hope to be back with a bang after a break.”

‘Hotel Mumbai’ came his way recently. He says, “They contacted my representatives in London and Los Angeles, and soon, I found myself flying to Adelaide for the shoot.”

Why Australia? “It is an Australian co-production, so parts will be shot here and later, we move to Mumbai,” he explains.

Other films on 26/11
Ten Pakistani terrorists turned Mumbai into a war zone, holding major landmarks such as the Taj Mahal Palace Hotel under siege for three days, starting November 28, 2008. It inspired a few films:
>> Ram Gopal Varma’s 2013 docu-drama, ‘The Attacks of 26/11’, was inspired by the terror attacks, which claimed 160-odd lives and left hundreds injured.
>> Frenchman Nicolas Saada’s ‘Taj Mahal’ tells the story of the attack through a woman (Stacy Martin) stuck in one of the hotel rooms. The film had its world premiere at the Telluride Film Festival in the US last year, and later travelled to the Venice International Film Festival.
>> Justin Kurzel has announced a film on the 26/11 attacks, which will be an adaptation of Adrian Levy and Cathy Scott-Clark’s book, ‘The Siege: 68 Hours Inside The Taj Hotel’.