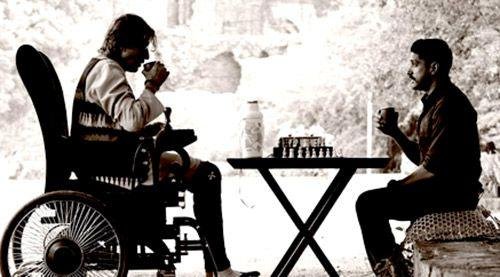 While megastar Amitabh Bachchan and multi-faceted Farhan Akhtar have never shied away from lending their voice for their films, their upcoming release Wazir will see the two coming together for the first time for a song.

Apparently, it was producer Vidhu Vinod Chopra’s idea to get the two of them together to croon for a song in Wazir. Titled ‘Atrangi Yaari’, the song is composed by Rochak Kohli and penned down by Gurpreet Saini and Deepak Ramola. In sync with the theme of the film, the song is a promotional track about unusual and unconditional friendship that the two characters share.

In reality too, we hear that Amitabh Bachchan and Farhan Akhtar share a close bond. They are even seen catching up with each other on Twitter at odd hours when they get time and Farhan also addresses him by his character name in the film, Panditji.

Also starring Aditi Rao Hydari, Wazir is directed by Bejoy Nambiar and is slated to release on January 8, 2016.