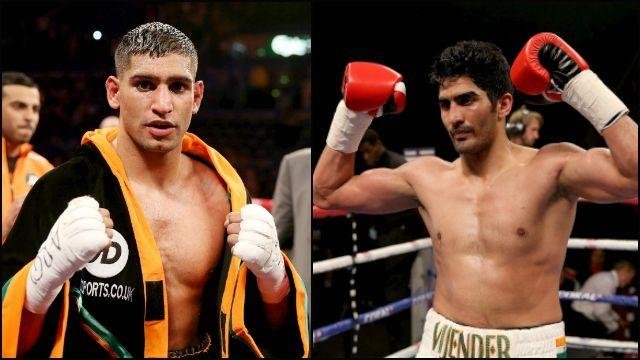 “I find Vijender’s challenge quite funny, I will ruin his career,” British boxer of Pakistani origin, Amir Khan, told NDTV, when asked about a possible fight between him and India’s Vijender Singh.

The 29-year-old from Bolton had very simple advice for Vijender. “Before calling out big names like me, he needs to build up his experience, some fighters do get very ambitious,” he said.

The two-time world champion, who recently underwent a wrist surgery, says that he would love to fight Vijender but he still needs a couple of more years of experience before this big-billing bout. But what makes this fight a blockbuster even before it happens?

But in between all the advice, Amir Khan had high praise for the Bhiwani Bomber, “I was just like Vijender when I turned pro, I worked very hard & he needs to do that too. Vijender is skillful but the next ten fights will be crucial for his experience”.

Amir also hinted that he would love to be good friends with Vijender. He said that he has followed Vijender’s career graph closely, “If we fight, the bout will be a blockbuster but if it doesn’t happen, I am always going to support him and stand in his corner.”