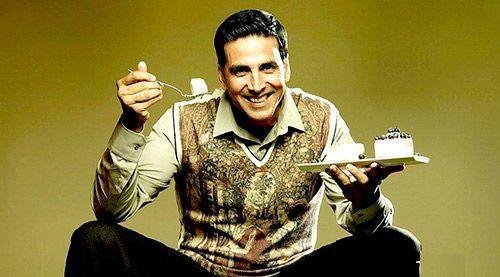 It seems like 2016 is Akshay Kumar’s year. After the success of his recent release Airlift, the actor has since commenced work on his next venture Rustom. Interestingly, while not much details of this film are known, anticipation for the same is at an all-time high. Now we hear that Akshay has been roped in for yet another big budget film.

In fact, if what we hear is true then Akshay Kumar will be replacing Saif Ali Khan in the remake of the Hollywood film Chef that was directed by Jon Favreau. Though Akshay is yet to sign the dotted line, a source close to the project says, “The makers of the film are planning on replacing Saif with Akshay, thanks to his working chemistry with Raja Krishna Menon that was evident in Airlift. Besides this, Akshay is also a better fit for the role as compared to Saif, given that Akshay once was a cook in Bangkok.”

However, when contacted the official spokesperson at Abundantia Entertainment denied the same saying, “This rumour of Akshay Kumar replacing Saif Ali Khan is not true. The film stars Mr. Saif Ali Khan and it will go on floor later this year”.

The original 2014 film Chef was written, produced and directed by Jon Favreau, who also featured as the protagonist along with Robert Downey Jr, Sofia Vergara, John Leguizamo, Scarlett Johansson and Dustin Hoffman. The film revolves around a professional chef, who quits his job at a popular Los Angeles restaurant after refusing to compromise his creative integrity to its controlling owner, and launches a food truck with his friend and son.

As for the remake, the film is being produced by Vikram Malhotra’s Abundantia Entertainment, Eros International and Alumbra Entertainment. Distributed by Eros the film is currently being adapted for the Indian palate.