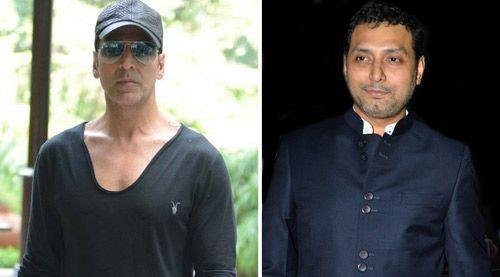 The biggest of the hits don’t really stop Akshay Kumar from moving ahead. A 100 crore superhit and his most critically acclaimed film ever in a career spanning 25 years later, Akshay Kumar – after quietly cutting a celebration cake for Airlift in a close-knit gathering – has moved on to his next already.

The film is Rustom, which is already carrying great vibes already, considering the fact that the actor is reuniting with Neeraj Pandey, the man who has been an integral part in a reinvention journey which has boasted of superb dramatic thrillers – Special 26 and Baby.

“Akshay has already started shooting for Rustom,” confirms our source, “He isn’t someone to get into an extended party mood. Work always comes first for him. He has to finish Rustom and then move on to the promotion of his next release, Sajid Nadiadwala’s Housefull 3, which is already riding high on the power of a hit franchise value that it carries.”

Meanwhile, Rustom is creating buzz already, what with some big names already coming together to make it one of the most awaited films this year. The film is produced by Zee Studios and Kriarj Entertainment in association with Plan C Studios and Cape of Good Films.

There were reports though of another studio stepping in to fund and market the film as well.

“Not at all, it is true,” our source registers a firm denial, “We have comes across some such reports but there is no basis to that. Let us categorically state that no other studio except Zee Studios and Kriarj Entertainment has participated in the funding of the film or has rights to market and tribute the film. All of this firmly remains in the hands of the original partners Zee Studios and Kriarj Entertainment.”

In fact, Zee Studios will look after the global marketing and distribution of the romantic thriller Rustom, which would mark the debut of Tinu Desai as a director.

The film, which also stars Ileana D’Souza and Esha Gupta, releases on the long weekend of August 12.