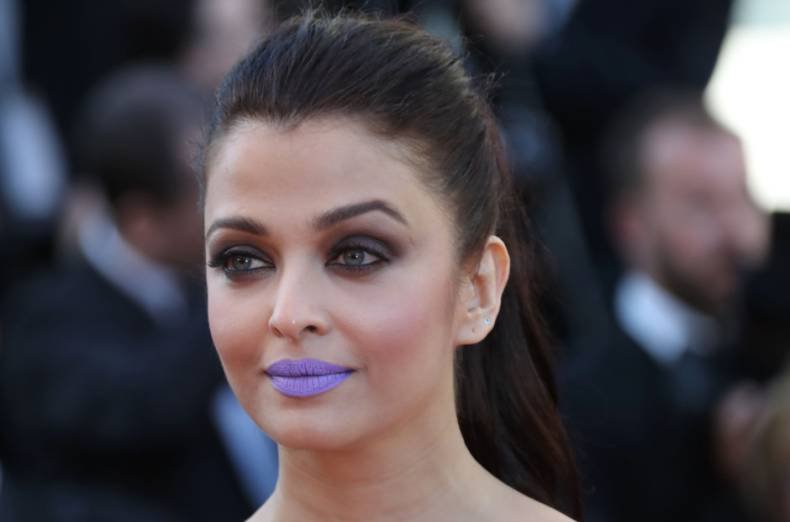 Aishwarya Rai Bachchan who is usually fashionably ‘safe’ decided to experiment, have a little fun and experimented on the Cannes 2016 red carpet by sporting PURPLE lips. Well, she received some polarised reactions on her sartorial choice but the lady preened, pouted, smiled and took everything on her side. Twitter had a field day though as Ash memes did the rounds for a couple of days since then.

Now, Aishwarya is back home to promote Sarbjit and she is running from pillar to post promoting her film. While at her first press interaction after she returned from Cannes, she was asked about the famed purple lips and here’s what the beauty had to say.

“I work with L’oreal so it’s really their prerogative and I am cool about it.I am their brand ambassador so obviously, it is my responsibility to deliver what they expect from me and I have gladly done that year after year and you a have enjoyed watching me on the red carpet.I have always said that I go on floor and you all enjoy the show. Even this year, you guys did the same; enjoyed the show. I have got there with some highly qualified professionals in tow to work with with me .Scarlet does my make-up and Stevans does my hair over the years and they are doing their jobs brilliantly.Scarlet had always done magical creativity with me over the years now and even this year she wanted to do something different and I was like go ahead. We have enjoyed a lot and so did the media, over the years you may have seen the creativity and primarily, it’s all about the fashion and I let my professionals do their job.