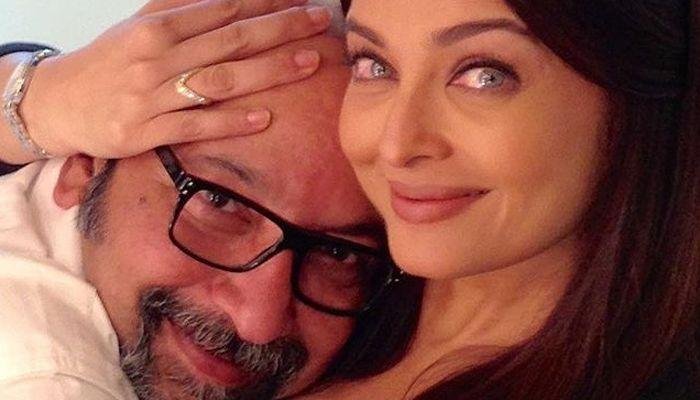 ‘Comeback’ is a word most Hindi film heroines detest, so in deference to her feelings, we shall just call ‘Jazbaa’ Aishwarya Rai Bachchan’s new film, after a five-year hiatus.

Ash is back to the silver screen with the much-anticipated film alongside the talented Irrfan Khan, Jackie Shroff, Shabana Azmi and Chandan Roy Sanyal, all helmed by director Sanjay Gupta. The film wrapped up its shoot in just 51 days, and is said to be an official remake of South Korean film ‘Seven Days’. Gupta took to Twitter to announce the film’s wrap tweeting: CALL SHEET for the last day of #JAZBAA says ‘Day 51′. Posting a visual of the team he added: We planned, promised & delivered in precisely 51 days. Hats off to you @Nadeem Shah. IT’S A WRAP! And these are my warriors, my direction team that made it happen ever so smoothly. Love you guys.

Jazbaa’s trailer begins with Rai introducing herself as advocate Anuradha Verma, and hearing her voice immediately evokes a sense of nostalgia. On receiving an anonymous call asking her to defend a rape and murder victim, she learns that her daughter is being held ransom. What follows is a spiral of events that force her to fight for something she is against.

According to sources, on the last day of shooting at the set, the 41-year-old actress was full of jazbaa (emotions). Ash could not hold back her tears as she embraced her make-up artist Mickey Contractor who was equally emotional, and he shared the picture of the two of them posing together, on Instagram.

Gupta’s friend and supposedly his lucky mascot, actor Sanjay Dutt visited the sets to wish best of luck to the cast and crew. Dutt was out on parole, so the visit was a special gesture, and raised fresh speculation that the Munnabhai man will make a movie helmed by Gupta on his release from prison.

In the meantime Jazbaa will release on October 9, and has the distinction of being the first ever Hindi movie to be dubbed in Arabic which will enjoy a simultaneous world premier release on the same day, in the UAE. The Arabic version will also premier in Egypt, Oman, Qatar, Bahrain, Morocco and Kuwait, as well as parts of southern Iraq and Jordan.

Welcome back, Ash, it will be good to see you grace the silver screen again!