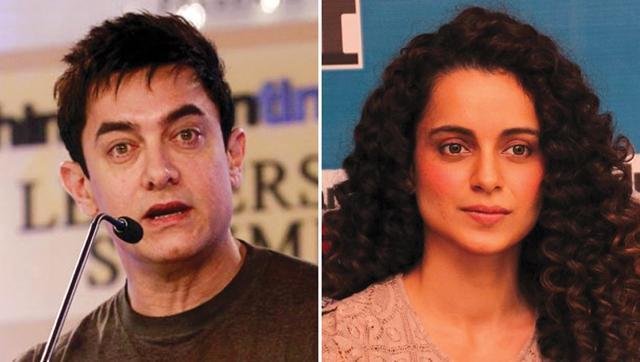 Bollywood actor Aamir Khan, who was at the centre of a controversy over his comments on intolerance, attended a dinner hosted by Prime Minister Narendra Modi last night. Besides Aamir, actress Kangana Ranaut was also invited at the private dinner held in Turf Club where top politicians, diplomats from several countries and industry leaders were in attendance.

The high-profile event, which was a strict no-media affair, was organised after Modi launched the mega Make in India (MII) week earlier yesterday. Wading into the “intolerance” debate, Khan had kicked up a controversy last year by saying he has been “alarmed” by a number of incidents and his wife Kiran Rao even suggested that they should probably leave India. His comments evoked sharp criticism from ruling BJP and also the NDA government. Later, the 50-year-old actor’s contract as brand ambassador for the government’s Incredible India campaign was not renewed by the Tourism Ministry.

Kangana, 28, had recently said freedom of speech in the country does not mean one can insult anybody and stated that actors should be more careful with what they say.

The ‘Make in India’ event is aimed at attracting investments into the manufacturing sector and showcasing success stories at a specially-created venue at the Bandra-Kurla Complex in Mumbai.