A Company Bigger Than Apple And Walmart Combined 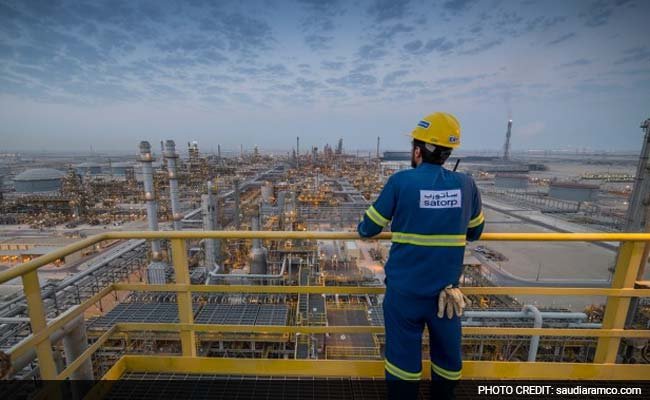 Not only does the company own a staggering amount of oil, it’s able to pump it out for some of the lowest prices in the world. As such, the company provides nearly all of the Saudi government’s ample wealth.

So when word trickled out this month that the company could carry out an initial public offering — perhaps the largest IPO in the history of the world — it’s no wonder that banks and investors started salivating.

Mohammad bin Salman Al Saud, the 29-year-old son of King Salman bin Abdulaziz Al Saud, first told the Economist on Jan. 4 that the company might carry out an IPO, then the company released a statement Friday confirming that it is reviewing its options. On Monday, Aramco Chairman Khalid al-Falih told the Wall Street Journal that the company would go public, though he said there was no concrete timeline for the listing.

The history of Aramco is a history of Texas oil men and American exploits in the Middle East. The company was formed out of four U.S. companies, which were merged into one. As a wave of anti-colonialist passions moved through Third World countries, Saudi Arabia took over 25 percent of Aramco in 1973, and then gradually bought the rest up by 1980.

It’s clear that the government intends to retain a controlling stake in the company. But other details on the listing are murky: For example, whether the listing will involve the main company, which owns the oil reserves, or just downstream assets, like refineries and petrochemical plants.

Also unclear is how much the listing could be worth. According to Justin Tuvey of Capital Economics, Aramco could be worth anywhere between $1 trillion to more than $10 trillion, which would make it the most valuable company in the world. But the Saudis could also decide to float a much smaller share of the company. Even so, the listing might still easily surpass history’s biggest IPO so far, Alibaba’s $25 billion debut in 2014.

Where it might list is also somewhat uncertain. While the company intends to list part of its assets in Riyadh, the entire Saudi exchange has a total value of only $400 billion — meaning the stock would sit on the exchange with all the comfort of a gorilla sitting on top of a Beagle. So the company may consider a dual listing in Riyadh and a foreign market — perhaps London or New York.
Finally, it’s not exactly clear why Saudi Arabia would choose to pursue such a listing.

The Saudis who have spoken out so far have said that the listing will go hand-in-hand with ongoing efforts to modernize, privatize and deregulate some parts of the economy. The government recently slashed subsidies for gasoline, water and electricity, and has said it has plans to privatize airports and airport services companies this year.

The greater transparency that comes with a listing, however, could have unforeseen consequences. A listing would mean the company would have to open its books to investors, and the Saudi government has been known to use the company to fund unrelated purchases. The scandal that has rocked Brazilian national oil company Petrobras might never have come to light if it wasn’t a listed company.

But despite talk of modernization, the listing of Aramco is likely a response to historically low oil prices.

Saudi Arabia uses its vast oil reserves to fund generous benefits for its citizens, and the historic drop in oil prices has made that large bill harder to pay. As many analysts point out, the country is still in pretty good financial standing, with over $600 billion in reserves and a relatively high credit rating that would allow it to easily raise money through bonds. But last year, the Saudi Arabian government racked up a budget deficit equal to about 15 percent of its gross domestic product.

Such a listing likely indicates that the Saudi government believes oil prices could remain very low for some time to come. As Andy Critchlow wrote for the New York Times, the listing could herald a broader sale of assets by the government, which holds $170 billion worth of shares in other companies on the exchange.

It could also help perk up the Saudi exchange, which is down by about a third from a year ago. And it could also trigger a wave of other offerings in oil dependent countries like Nigeria or Kazakhstan, Bloomberg’s research division said.

Investors will have to wait and see what exactly is on offer in Aramco’s listing. The global history of private oil companies being nationalized in times of trouble, as well as signs of political instability in Saudi Arabia, could give investors pause. Yet the Saudi company is still, by all accounts, well-insulated to survive, pumping oil at some of the cheapest prices in the world.