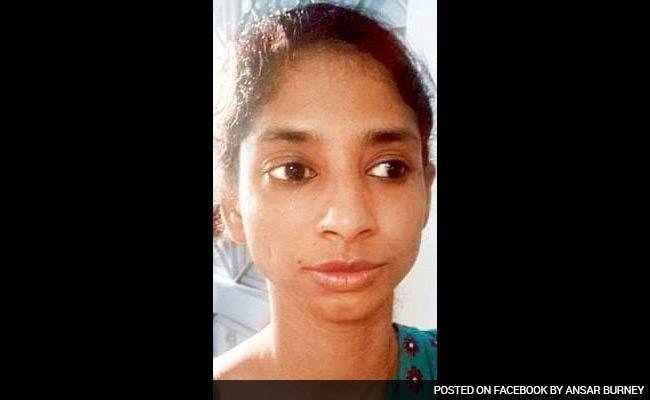 Karachi:  Bollywood film Bajrangi Bhaijaan may be a work of fiction, but in Karachi it is a real life story of a deaf and mute Indian girl stuck in Pakistan for 14 years, with all efforts to trace her family in India remaining unsuccessful.

The Punjab Rangers brought her to the Edhi Foundation some 14 years ago, said Faisal Edhi of the social welfare group.

“For years, we have been trying to locate her family or her hometown so that she can return,” Faisal said.

After spending some time at an Edhi Centre in Lahore, the girl was shifted to a Karachi shelter where Bilquis Edhi, a philanthropist known as ‘The Mother of Pakistan’, named her ‘Geeta’ and became quite attached to the girl.

Now 23-year-old, Geeta is believed to have mistakenly crossed into the Pakistani territory as a child.

Though she has managed to recognise the Indian map on a mobile phone, she has not been successful in conveying any other information to the Edhi staff.

Sobbing silently, she frantically points first at Jharkhand and then Telangana; trying hard to tell something of her past.

Using her fingers and facial expression, Geeta says she has seven brothers and four sisters.

“We have shown her writings to people but nothing has come out of it. She copies Hindi words from magazines,” Faisal said.

The shelter home’s staff have created a separate praying room for her, adorning it with colourful posters of Hindu deities.

“She is a devout Hindu and has even put up colourful posters of Hindu deities, and an earthen lamp on the table,” Human rights activist and ex-minister Ansar Burney told PTI.

“This is the Ganesh that I got for her from Nepal,” Faisal said pointing toward one of the figurines.

With the success of the Salman Khan-starrer Bajrangi Bhaijaan, activists are making efforts to reunite Geeta with her family in India.

Burney, who raised Geeta’s issue three years ago during a visit to India, is now running a Facebook campaign for her.

“Last year, officials from the Indian Consulate visited her, took her picture and records but they didn’t come back,” said Faisal.

Journalists, including one from India, also interviewed her but no one was able to locate her family.
The foundation activists persuaded Geeta to begin a new life in Pakistan with a Hindu boy. But she refused and made it clear she will only get married once she returns home.

Amongst Geeta’s writings, the numbers ‘193’ make a frequent appearance. Faisal draws a house on a piece of paper and hands her a pen. Geeta takes it, smiles, and jots down the numbers beside it. ‘193’, it seems, may be her house number.

Salman Khan’s movie revolves around a speech-impaired girl from Pakistan who finds herself lost in India with no way to return her home. An Indian man undertakes the task and reunites her with her family in Pakistan.