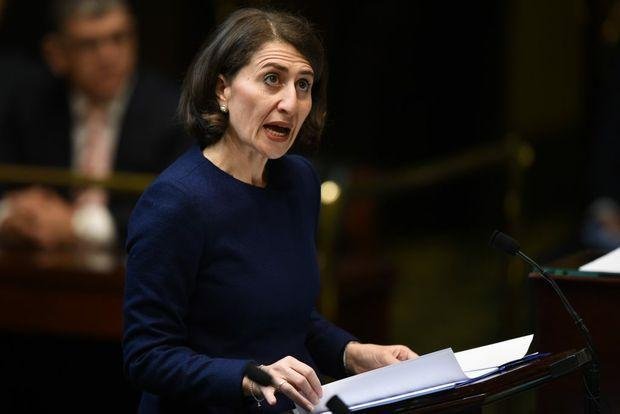 At the same time, the NSW Government has continued to spend record amounts on new infrastructure across regional and metropolitan NSW.

“We have worked since coming into office in 2011 to bring our State’s finances back under control and to drive economic growth,” Ms Berejiklian said. “After years of hard work and fiscal repair, NSW is now leading the nation.”

Transfer duty revenue in 2015-16 is forecast to be $863 million higher than was forecast in the June Budget. This is primarily due to a one-off $438 million transfer duty payment from the successful long-term lease of TransGrid in addition to commercial and industrial property transfers.

“While our residential property market continues to be strong, these latest figures confirm there are signs of cooling,” Ms Berejiklian said.

“Residential stamp duty growth forecast for 2015-16 is the lowest for four years.”

Net debt fell more than $8 billion to be only $1.8 billion at 30 June 2016 largely due to the TransGrid transaction.

The State’s debt would be effectively zero if the Commonwealth’s Asset Recycling Initiative payment of $2 billion is taken into account.

“Thanks to our asset recycling program, we are now in a very strong fiscal position to deliver our $20 billion Rebuilding NSW program to transform the State,” Ms Berejiklian said.

“We will build the roads, rail, hospitals, schools and cultural institutions this State needs while maintaining the State’s triple-A credit rating.”

Relative to the 2015-16 Budget, smaller but still solid budget surpluses are expected across the forward estimates. This primarily reflects a softening revenue outlook from a forecast decline in NSW’s GST relativity, as well as declines in mining royalties and softer growth in transfer duty on residential property.

The Half-Yearly Review also confirms that NSW faces medium term budget pressures due to the Commonwealth’s decision to cut growth funding for health and education from 2017.

“This is another reminder of the fiscal challenge that we face from 2017-18 onwards in terms of funding our hospitals and schools,” Ms Berejiklian said.

“We remain committed to ongoing discussions with our State and Federal counterparts on finding more stable revenue streams to fund our growing health and education needs into the future.”

The Half-Yearly Review caps off a remarkable year for the State economy with NSW creating around half of the jobs added nationally over the last 12 months and 70 per cent of the jobs created across Australia in November. Under the NSW Government’s policies, building approvals have reached their highest point in more than four decades and our retailers are continuing to perform strongly.

*These figures do not include proceeds from the partial lease of Ausgrid and Endeavour Energy.