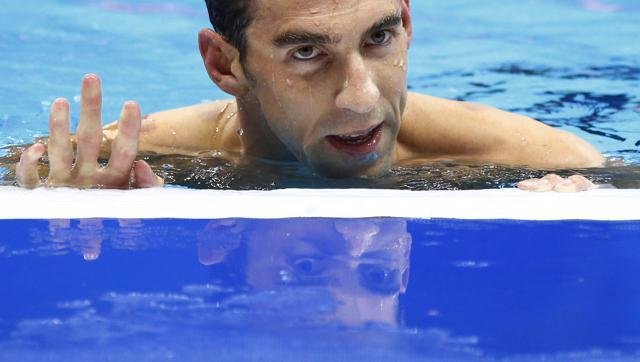 Now, he’s the first swimmer ever to win the same event at four straight Olympics.

Ryan Lochte was left in his wake every time.

In what was billed as the final showdown between two of America’s greatest swimmers, Phelps blew away Lochte — and everyone else — to win his fourth gold medal of the Rio Olympics and 22nd overall with a victory in the 200-meter individual medley Thursday night.

It was yet another extraordinary swim for Phelps, 31, who has now won two individual and two relay golds at his fifth Olympics, two years after coming out of retirement.

Phelps finished a full body-length ahead of the field with total dominance on the breaststroke and freestyle legs, finishing in 1 minute, 54.66 seconds.

Lochte didn’t even make it to the podium this time, after taking two silvers and a bronze behind Phelps at the last three Olympics in this event. Leading at the midway point, Lochte faded to fifth.

But Phelps was in a league of his own.

Phelps’s four consecutive golds in the same event are unique for a swimmer, and place him in the same Olympic pantheon as Al Oerter in the discus and Carl Lewis in the long jump.

Leonidas of Rhodes won 12 individual events over four Olympics, the New York Times reported. “At 36, five years older than Phelps, he won his last three golds in 152 BC in footraces of about 200 and 400 metres and in a shield-carrying race,” the report said.

And now, Phelps has surpassed Leonidas.

He’s got one more individual event at what he insists will really be his final Olympics, and will be looking to add a fourth straight gold in the 100 butterfly to his staggering resume.

Then, he’ll close out these Olympics in the 4×100 medley relay.

There seems to be little doubt he’ll go six-for-six.

Led by Phelps, it was quite a night for the powerful American team, which picked up two more golds when Ryan Murphy completed a sweep of the men’s backstroke events in the 200 and Simone Manuel tied 16-year-old Canadian for the top spot in the 100 freestyle, stunning world-record holder Cate Campbell of Australia. With the win, Manuel became the first African-American woman to win gold in swimming.