15th Pravasi Bhartiya Divas To Be Held In Varansi 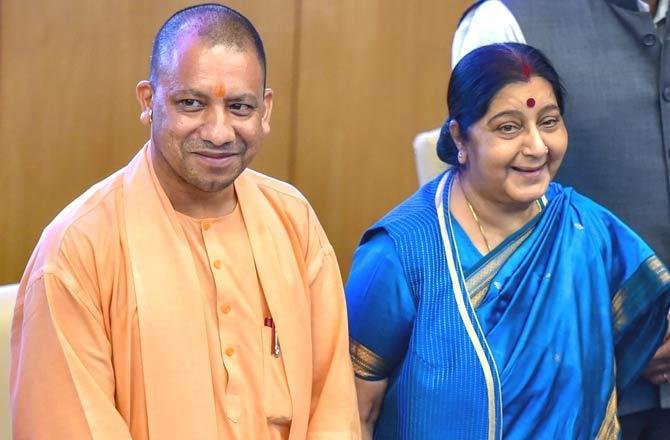 The 15th Pravasi Bharatiya Divas (PBD) Convention is being organised by Ministry of External Affairs in association with the State Government of Uttar Pradesh in January 2019. In reverence to the sentiments of the larger diaspora community to participate in Kumbh Snan and their desire to witness the Republic Day Parade, the 15th PBD Convention 2019 will be held from January 21-23 2019 in Varanasi, Uttar Pradesh.

On this occasion, the Government of India has decided to confer Pravasi Bharatiya Samman Awards (PBSA) to individual PIOs/NRIs and to Organisations/Institutions run by PIOs/NRIs. The individual/organisation should have made significant contribution in the field of better understanding of India, support to India’s causes and concerns in a tangible way, building closer links between India, the overseas Indian community and their country of residence, social and humanitarian causes in India or abroad, welfare of the local Indian community and philanthropic and charitable work.
On day one (January 21), there will be a joint inauguration of Youth PBD by External Affairs Minister and Minister of State (Independent Charge) for Youth Affairs and Sports. The event will bring limitless opportunities for the young diaspora to engage with New India. Uttar Pradesh PBD is a unique opportunity for Pravasis from Uttar Pradesh to reconnect with the roots.

On day four (January 24), participants would arrive in Prayagraj by bus with arrangements for holy bathing at the Sangam booked in advance. On day five (January 25), participants would travel from Prayagraj to Delhi by train after attending the Kumbh Mela. For the final day (January 26), special passes of PBD 2019 have been arranged for the foreign delegates, so they can witness the 70th Republic Day Parade without much ado.

For further details and registration, log on to https://www.pbdindia.gov.in/en