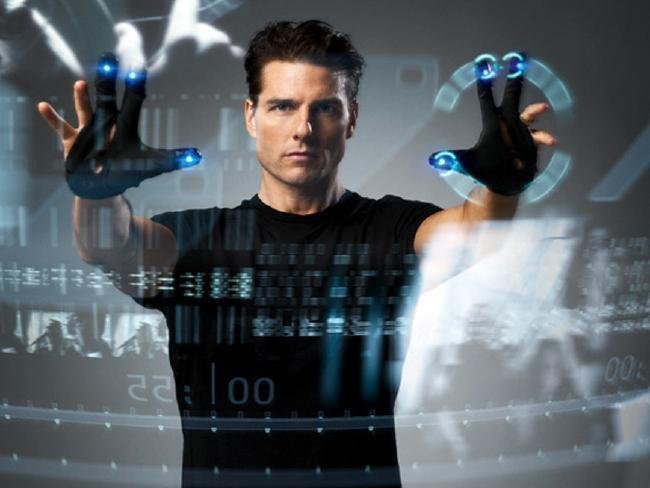 Interested? Then stand by for a career hop, because it looks like the only reason you haven’t found your perfect role yet is because it hasn’t been invented.

“Big data doctor” will be one of millions of new jobs to be created over the next 30 years, as businesses transform and technology changes our world, according to a report from cloud accounting software firm MYOB.

This brand-new kind of medical professional will mine rich seams of information recorded over decades, analysing symptoms, lifestyle and genetic makeup to diagnose our health problems with tremendous accuracy.

Data gathering will create other roles in the future jobs market, too. Wearable tech will become embeddable and monitor our complete biological profile. Not only will our fitness and exercise output be recorded, as with a FitBit, but sugar levels, heart rate and what we’ve consumed will be instantly accessible.

“At work, a lot more will be monitored about you,” MYOB’s chief technology officer Simon Raik-Allen told news.com.au

“Finding your optimum working pattern will be someone’s job. There’s a lot of room for personal productivity management. That’s already starting to grow, but it will be holistic.”

So not only will you have a personal trainer, you’ll have a “productivity counsellor”, helping you compete for work and maximise your output, and your boss will have another, looking at employees’ habits, health and focus, making sure the office is operating at peak efficiency.

If you think this makes us sound a bit like robots, that’s probably because you’re getting old. “We’re talking about people who’ve not yet been born,” says Simon. “They’ll grow up in a very different world to us.”

In fact, the robots will have completely different managers, who will run their virtual armies from the kind of large computer screens seen in Minority Report, dragging resources from project to project and analysing where they could best be deployed.

“Once we have thousands of bots, we’ll need co-ordinators,” explains Simon. “There’ll be bots in call centres driving everything; they’ll be monitoring social media sentiment; coordinating interactions between businesses and social media; putting out events; looking at news and checking weather.”

A “bot lobbyist”, roughly the equivalent of a PR manager, will oversee these bot-controlled social media accounts to support a client’s marketing campaigns.

As robots take over many manufacturing roles, with everything we consume spat out by 3D printers, the role of people will be more creative.

“Mass production will become tacky, and with landfill running out it will be expensive to throw things away,” says Simon. “People will want unique things, combining the artistic and the personal.”

Just as we still value someone in a record store telling us what’s cool, we’ll have trend arbiters to help us locate shared experiences. It’s far more satisfying to talk about a show everyone watched last night than be watching a different series to everyone else on your Apple TV.

“The facts are the facts, but facts are boring,” says Simon. “The interpretation, opinion and analysis are what’s interesting.”

We’ll develop our own personal brands, and we’ll all be entrepreneurs, with people buying into our lives. Recently, a man in the US sold 50 per cent of his life in bitcoins, and gained a committee of investors, who went as far as stopping his wedding and forcing his fiancee to buy a stake of him so they could marry.

That could become the norm. People might fund your studies and then get a cut of your salary. It’s a shift that requires a “crowdfunding specialist”, who will manage, promote and curate the many ideas pitched by fundraisers.

All the transactions will take place in microcurrencies such as bitcoin, with a “future currency speculator” sitting alongside economists to analyse this virtual market. New models of finance and resulting new ecosystems will create a plethora of opportunities we still can’t fathom.

Automation is about to bring fundamental changes to our working world and every aspect of our lives.

If you still can’t decide what to do with your life, watch this space.

FOUR KEY PREDICTIONS FROM THE REPORT

1. Retail stores won’t sell goods, they will sell experiences: stores will become showrooms, which emphasise the unique attributes of the product. Rather than buying on the spot, the item will be delivered within 24 hours, possibly by drone.

2. The evolution of ‘business deal houses’ will allow people to book and meet other companies via hologram, in environments conducive to making deals between humans far more effective.

4. Alternative business opportunities are likely to flourish, in the arts, culture, sports and caring professions.