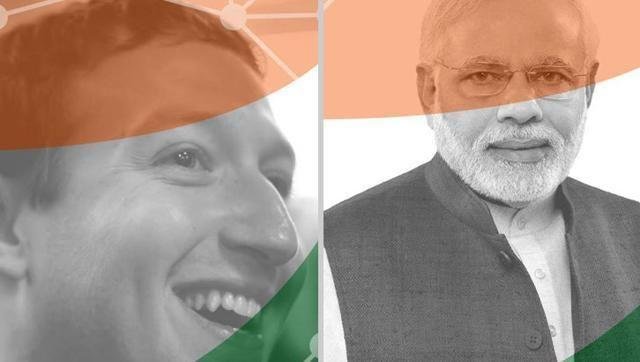 Ahead of his meet with Prime Minister Narendra Modi, Facebook founder and CEO Mark Zuckerberg on Sunday changed his profile picture on the social media website to “support Digital India”, an initiative by the Modi government to increase internet connectivity across rural India.

Zuckerberg posted on his official Facebook account, “I changed my profile picture to support Digital India… Looking forward to discussing this with Prime Minister Narendra Modi at Facebook today.” The Prime Minister is scheduled to join Mark Zuckerberg for a “townhall” session from Facebook headquarters.

In response, Modi’s Facebook picture was also changed to thank Zuckerberg for the support, adding a similar background of Indian national flag’s colours.

Earlier, the Facebook founder wrote, “I’ll host Indian Prime Minister Narendra Modi for a Townhall Q&A at Facebook HQ, where I’m looking forward to having a conversation about what connectivity means for India’s future.”

Tech giant Google had, on Wednesday, released a video of its Indian-origin CEO Sundar Pichai welcoming PM Modi to US, adding, “The bond between India and the Silicon Valley is strong. India has long been an exporter of talent to tech companies.”

This is PM Modi’s second trip to US since he was elected to power in 2014. In his five-day visit, he has so far interacted with Forbes 500 top American CEOs, hosted a G-4 countries’ meet and addressed issues regarding reformation of the United Nations Security Council in New York.