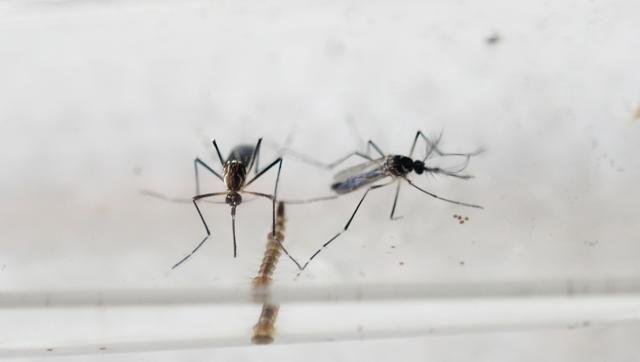 The Zika virus is “spreading explosively” in the Americas, the head of the World Health Organization said Thursday, as the global health body warned that it expected up to four million cases of the disease.

WHO chief Margaret Chan called for an emergency meeting on February 1 on the outbreak of the virus, which has been blamed for the birth defect microcephaly, a condition that causes babies to be born with an abnormally small head.

“The level of alarm is extremely high,” Chan said, adding that the meeting of WHO’s Emergency Committee on Monday will seek to determine if the outbreak qualifies as an international public health emergency.

The virus “is now spreading explosively,” in the Americas, where 23 countries and territories have reported cases, the WHO chief said.

Marcos Espinal, the head of communicable diseases and health analysis at the WHO’s Americas office, said the region should expect “three to four million cases” of Zika, without proving a timeframe for the outbreak to ramp up to that level.

Following its initial discovery in a monkey in Uganda’s Zika forest in 1947, the disease “slumbered” and “occasionally caused a mild disease of low concern,” in humans, Chan said.

“The situation today is dramatically different.”

“A causal relationship between Zika virus infection and birth malformations and neurological syndromes has not yet been established, but is strongly suspected,” Chan said.

The emergency meeting will seek advice on the severity of the outbreak and what response measures might be taken.

It will also aim to identify priority areas for urgent research, Chan said, after US President Barack Obama called for swift action, including better diagnostic tests as well as the development of vaccines and treatments.

Espinal warned that Zika “will go everywhere the mosquito is.”

“We should assume that. We should not wait for it to spread,” he said.

WHO has previously said that it expects Zika to spread to every country in the Americas except Canada and Chile.

Brazil has been the country hardest hit so far, and concerns are growing about this summer’s Olympics, which is likely to attract hundreds of thousands of visitors to host city Rio de Janeiro in August.

Zika originated in Africa and also exists in Asia and the Pacific, but has not been associated with microcephaly there. It first came to prominence in Brazil in October.

Microcephaly can cause brain damage or death in babies.

In Brazil, cases of microcephaly have surged from 163 a year on average to more than 3,718 suspected cases since the outbreak, according to the health ministry.

Colombia, Ecuador, El Salvador and Jamaica have warned women to avoid getting pregnant for the time being.