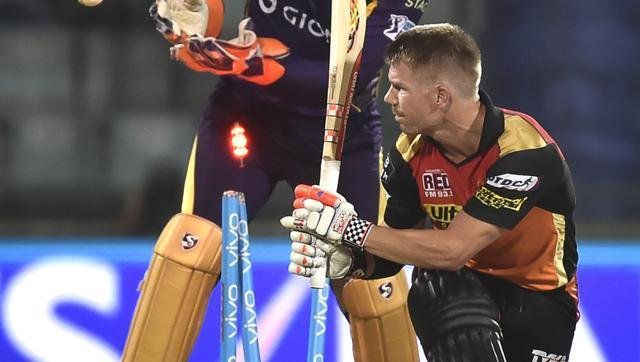 The T20 format is so unpredictable that even a small contribution can overshadow a major performance. On a day when Kolkata Knight Riders’ chinaman spinner Kuldeep Yadav restricted Sunrisers Hyderabad with a three-wicket haul, it looked like it would be easy for Gautam Gambhir’s side.

The Ferozeshah Kotla pitch was good for batting, and it was a matter of spending time in the middle for KKR. But when a sharp bowling side like SRH bowl miserly spells, even the easiest of totals can become tricky. It certainly choked KKR in the middle overs as they were eliminated after a 22-run defeat

It was sweet revenge after the final league game loss for SRH, who will play Gujarat Lions in Qualifier 2 on Friday to seal the second final berth.

While Yadav repeated his performance of the win over Sunrisers, spinning a web around the batsmen, the credit for a revival goes to Yuvraj Singh. His 30-ball 44 and a couple of important stands ensured a challenging total of 163.

When Yuvraj came to bat in the tenth over, SRH were 71/3. A 49-run partnership with Deepak Hooda began the fightback. But Sunrisers too lost wickets at important junctures.

Yuvraj though batted sensibly, picking his spots to send the ball to the boundary often. After Hooda fell, he was involved in another 21-run stand with Naman Ojha.

At times even smaller partnerships pay bigger dividends and Wednesday was an example of that. Yuvraj targeted the short ball well and used his feet against Yadav. He also made sure he didn’t repeat the mistake made by skipper David Warner, who had misread the length.

Yadav also had a run out to his name, which jolted SRH. Yuvraj too ran out Colin Munro from point with a direct hit, making things difficult in the chase. Once Sunrisers got early wickets, y Bhuvneshwar (3/19), Barinder Sran and Moises Henriques (2/17) kept it really tight.

Manish Pandey tried hard to push the scoring, but like his teammates lost steam and ended up losing his wicket.

Yusuf Pathan had bowled tightly in the powerplay and restricted Hyderabad the batsmen. Gambhir had fielded three spinners, and until the eighth over, Hyderabad were kept under control.

In the tenth over, after picking a six off Yadav, Henriques lost his wicket in a funny way as he tried to paddle-sweep but ended up getting a top edge. Hyderabad had lost their second wicket on 71. Yadav, before bowling Warner, had kept him guessing, twice beating him with his wrist spinners.