Yunxiang Gao Chinese movie star and producer can finally head home after being found not guilty of raping a woman inside a Sydney hotel room, ending their near two-year legal saga.

There were emotional scenes and tears flowed inside the Downing Centre District Court after actor Yunxiang Gao and producer Jing Wang were cleared of all charges on Thursday.

Mr Gao, who was once described as the “Chinese Hugh Jackman”, was acquitted of five counts of sexual assault and two counts of indecent assault related to the alleged attack in the early hours of 27 March, 2018.

The pair are now free to travel home after two trials and having had their lives put on hold since they were arrested shortly after they were accused of assaulting the woman following the wrap party for a TV series.

Mr Gao’s defence lawyer Warwick Korn said there was a sense of overwhelming relief and justice had been served after a two-year legal battle.

“It was a very emotional courtroom. There were tears all-around at the bar table and the jury,” Mr Korn said. 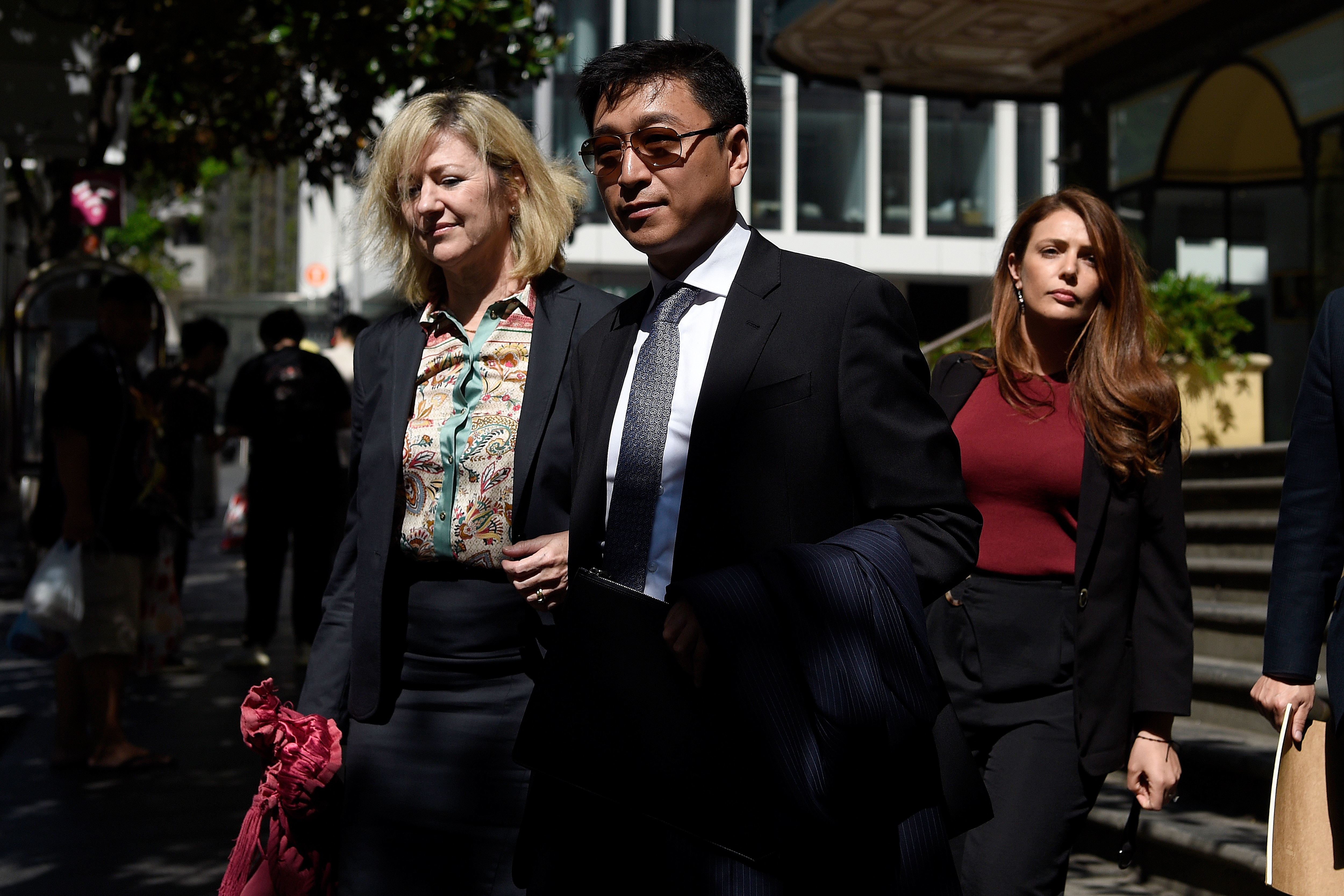 Producer Jing Wang (centre) was also cleared of all charges.

“It was a very emotional ending to a very difficult two years.”

Last December, a jury failed to reach a verdict on 10 counts, but found Mr Wang not guilty of one count of rape.

But upon retrial, the jury accepted their version of events that all sexual acts were consensual.

Mr Wang spent 22 months in custody but was released on bail after the first trial ended in a hung jury.

“(Mr Gao) will head back to China when he can. We’re not sure when that will be,” Mr Korn said.

“The DPP cancelled his criminal justice visa relatively quickly, so he’ll be making arrangements to get home as soon as he can.

“It’s had a massive impact on his career and his future prospects. We’ll see what happens. It’s really difficult to predict this.”

On the night of the alleged incident, Mr Gao, Mr Wang and the complainant were among a group of 30 people partying and drinking following the conclusion of the filming of Love in Aranya, a series which starred Mr Gao.

CCTV showed Mr Wang and the woman, who cannot be named for legal reasons, hugging and kissing inside a Sydney CBD karaoke bar.

After a bus dropped a small group of people outside the luxury Shangri-La Hotel in The Rocks, the woman accompanied Mr Wang up to his hotel room.

The prosecution argued that when Mr Gao entered the room, the pair undressed her and sexually assaulted her despite her repeatedly saying “no”.

It was alleged that after Mr Gao left the room, Mr Wang continued to sexually assault her.

However, the jury took just over one day to deliberate and find them not guilty of all charges.

Previous articleIndian-Origin Researcher Arinjay Banerjee Among Scientists Who Isolated Coronavirus Strain
Next articleItaly to extend lockdown measures over virus: Conte
The Indian Telegraphhttps://theindiantelegraph.com.au/
Established in 2007, The Indian Telegraph is a multi award winning digital media company based in Australia.