Your iPhone is about to change 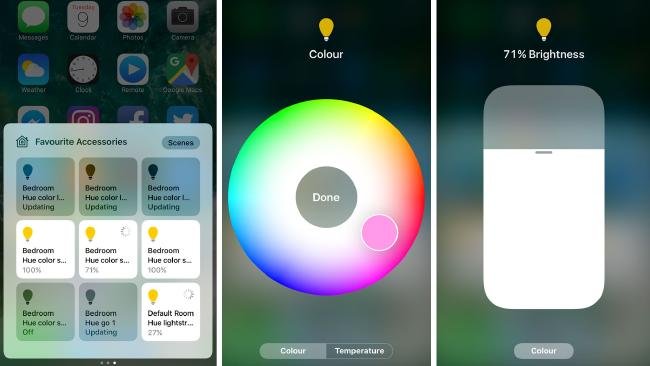 A NEW operating system called iOS 10 will be rolled out across the world over night, offering Apple fans access to a whole host of new features.

The new version of iOS was first unveiled at the Apple Worldwide Developers Conference and has actually been out in the wild for some time in beta form.

However, marks the first time normal punters will be able to get their hands on it.

Here’s your guide to iOS 10 and all the fruity goodness it contains:

Engage with more detailed notifications on the home screen — such as reply to messages, see progress on your Uber or get more info on a news alert. Give a firm press and 3D Touch serves up more options.

Plus new feature called Raise to Wake might sound minor — lift up your locked phone to see all your notifications.

But it addresses an unwanted side effect of the speedy fingerprint scanner which unlocks the iPhone when hitting the home button to light the screen — clearing alerts.

Siri until now has only worked with Apple’s own apps, like Music, Messages and Email.

Now it also works with others — so you can order a taxi with Uber, send messages via WhatsApp and search photos on services like Pinterest.

Improvements to feature that suggests words or answers based on context when typing messages or emails. It now does more.

So if someone texts to ask where you are it can send your location. Or if you get a message such as “What is Mr Money’s email”, Siri can offer to send the information with a single tap.

4. Control your home with Home

A new Home app lets users who had smart gadgets control them easily. At the moment not many people have stuff like web connected cookers, fridges, lights, door locks and thermostats — but they are becoming more popular.

Even John Lewis is pushing them. This app will be the place to control them.

Maps now works with other apps so you can do lots more stuff in them — rather than just getting directions. So when planning a meal out, you can find the restaurant, invite pals, and of course get directions there — but also pay for the meal with Apple Pay and book a taxi home afterwards with Uber.

6. Recognise your friends and family in Photos

Facial recognition means photos can be grouped according to who is in the snap. But the app can also recognise other stuff like footballs, sea and sun loungers — and cluster photos based on what you are doing and with whom.

This lets it suggest themed Memories for, say, holidays or sports and so on.

The app now has 2,000 publications including The Sun. The For You section is split up into topics such as top stories, sports, tech rather than articles being jumbled up in a long feed.

There are also the option to subscribe to paid for magazines.

All new redesign from ground up — with a simpler, less cluttered look. Within Library, it is much easier to find just your downloaded songs — until now tucked away.

There are also lyrics. Meanwhile, the less unpopular Connect feature loses its own tab. For You gives fast access to songs recommended for you and recently played music.

Yes, some people still uses their iPhone to make phone calls. There is a voicemail transcription service so you can see what people want you for when in a meeting.

Also calling from other services like WhatsApp is now built into the Phone app — so rather than just picking normal mobile call or Facetime you can also select WhatsApp.

Most frequently used app has a major update. So-called rich links mean if you send a web page or a YouTube video the recipient gets a preview.

Emoji are now three times bigger. And there are emoji predictions that come up — with keywords that have a relevant emoji highlighted. Plus send handwritten replies.

This is an easy question — but you shouldn’t feel silly for asking it.

All you’ll have to do is wait until its released and then your device will give you a little nudge in the form of a push notification.

Then all you need to do is agree to update your phone and iOS 10 will be installed.

What features will iOS 10 introduce and what devices will it work on?

It will work on the iPhone 5 and all subsequent models later as well as the iPads beginning with the 4th generation iPad. The software will also work on the iPad Mini 2.