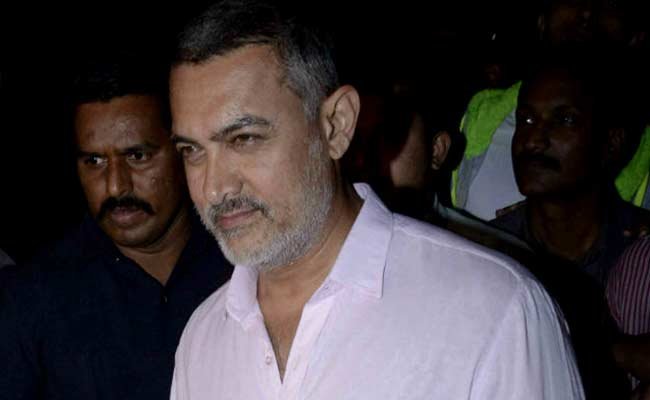 New Delhi: Actor Aamir Khan is no longer part of the government’s vast Incredible India campaign because his contract has expired, said Tourism and Culture Minister Mahesh Sharma this evening.

The minister said that Mr Khan, 50, was part of the campaign through a contract with advertising agency McCann Erickson, and that arrangement has ended. “Since the contract with the agency is no more, automatically the arrangement with the actor no longer exists,” Mr Sharma was quoted as saying by news agency PTI.

The Bollywood mega-star was at the centre of a huge controversy in November when he commented on intolerance being displayed towards minorities. Mr Khan was attacked on social media by many as “anti-national” for his remarks. He had said that his wife, Kiran Rao, said she was so concerned about religious intolerance that she had wondered out loud about relocating from India.

Before that, actor Shah Rukh Khan had said “There is extreme intolerance” in an interview to a TV channel, triggering an online backlash.

Supporters of the government say it is incorrectly attacked for religious intolerance; among others, they cite the example of Pakistani singer Adnan Sami, who has sung for several Bollywood films, has just been made a citizen on humanitarian grounds.

Political and other opponents have accused the BJP and its supporters of whipping up religious tensions in different parts of the country, an allegation firmly rebutted by Prime Minister Narendra Modi and his ministers who say parties like the Congress are trying to discredit the central government.

In September, a man in Dadri in Uttar Pradesh was lynched to death after being falsely accused of having beef in his home; rationalist MM Kalburgi was shot dead in Karnataka a few weeks before that.