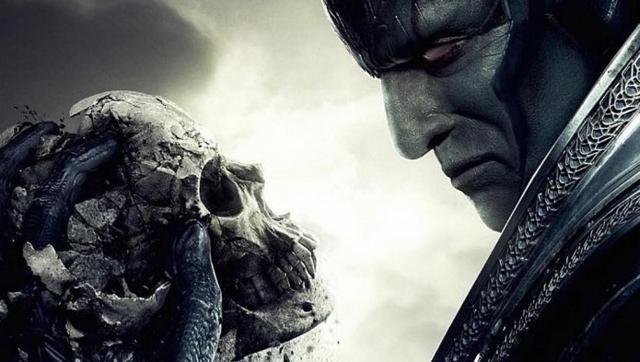 A Hindu leader based in the United States said on Tuesday a comparison between the villain in the latest X-Men movie and Lord Krishna offended the religion and its followers.

The official trailer of the movie ‘X-Men: Apocalypse’ shows the villain, Apocalypse – played by Oscar Isaac — saying: “I have been called many things over many lifetimes — Ra, Krishna, Yahweh.”

Hindu leader Rajan Zed issued a statement on the reference in the movie: “Such trivialisation of Lord Krishna, who is highly revered in Hinduism, is quite inappropriate and disturbing to the devotees.”

“Hindus are upset over comparison of blue-colored villain Apocalypse with their deity Lord Krishna in the recently released official trailer of ‘X-Men: Apocalypse’… Lord Krishna was meant to be worshipped in temples or home shrines, not for pushing movies for the mercantile greed of filmmakers,” the statement added.

Zed also asked director Bryan Singer to delete all references to Lord Krishna from the trailer and the final movie, unless those were true to the scriptures. “Inappropriate usage of Hindu deities or concepts for commercial or other agenda was not okay as it hurt the devotees and confused non-Hindus about Hinduism,” he said.

Marvel Comics’ mutant band of superheroes are back in the first trailer for ‘X-Men: Apocalypse’ – the third of the trilogy which had begun with ‘X-Men: First Class’. The first film’s story took place in the 1960s, with the second installment ‘X-Men: Days of Future Past’ set in the 1970s and now the 1980s are the setting for ‘Apocalypse – who is blue in colour. Lord Krishna, who is the eighth incarnation of Lord Vishnu, is often depicted in the colour blue.

Returning to the film are the central characters of Professor Xavier (James McAvoy), Magneto (Michael Fassbender), Mystique (Jennifer Lawrence), Beast (Nicholas Hoult), Quicksilver (Evan Peters), Havok (Lucas Till) and Moira McTaggert (Rose Byrne) who look set to go up against a character also introduced to the comics in the 1980s — the ancient mutant Apocalypse (Oscar Isaac).

Zed, who describes himself as a “religious statesman who has taken up Hindu, interfaith, religion, environment, European Roma (Gypsies) and other causes all over the world”, said after watching the trailer: “This is another example of the poor use of Hinduism culture in Hollywood.”

- Advertisement -
Share
Facebook
Twitter
Pinterest
WhatsApp
Previous articleHow a lack of sleep increases your risk of OBESITY: People who get less than 7 hours ‘are more likely to snack in front of the TV’
Next articleNSW Is Number One State To Visit
- Advertisement -