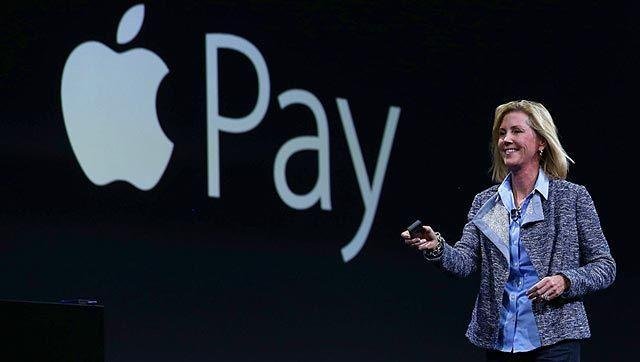 The new Apple Music, which could be a powerful rival to online services such as Spotify and Pandora, will launch June 30 in 100 countries. It will now allow users to stream songs, listen to playlists and connect with performers. It will initially be available to consumers with Apple devices and later this year to those using Android — a shift for Apple, which aims to attract customers from the rival mobile system which is dominant around the world.

Calling it a “revolutionary music service,” legendary music industry figure Jimmy Iovine took the stage at the company’s annual conference for developers to unveil what had been widely expected ahead of the event. “Apple Music is really going to move the needle for fans and artists,” said Iovine, who came to the California tech giant when it purchased Beats Music. “Online music has become a complicated mess of apps, services and websites. Apple Music brings the best features together for an experience every music lover will appreciate.”

While late to the streaming music business, Apple has strong advantages: deep relationships with music companies; a global brand; and hundreds of millions of customers – and their credit cards – through iTunes. “Apple comes late to the music streaming business, due in part to Steve Jobs’ refusal to believe that music subscription services would ever work,” says James McQuivey at Forrester Research.

Apple Music includes a service to connect artists and fans and what the company described as a global radio station called Beats 1.

The service includes a live radio station called Beats 1, tools to find curated playlists or individual songs and a social music network on which users can comment on music and share it. “Beats 1 is a 24 hour listening experience led by influential DJs Zane Lowe in Los Angeles, Ebro Darden in New York and Julie Adenuga in London,” Apple said in a statement.

“Listeners around the globe will hear the same great programming at the same time. Exciting programs on Beats 1 will offer exclusive interviews, guest hosts and the best of what’s going on in the world of music.”

The new service, leaked over the weekend by a top Sony executive, could become a major force in the music industry and was touted as a “revolutionary” step by Apple, which shook up the sector more than a decade ago with its first iTunes digital music store.

“But the writing is on the wall: digital downloads don’t make sense for consumers that are connected wherever they go.” McQuivey said Apple Music may succeed “because it can build its new music service into the hundreds of millions of devices that its loyal Apple users already love.”

Apple Music’s $9.99 a month price takes effect after a three-month free subscription period. The company is also offering what it calls a “family plan” for $14.99 a month for up to six family members.

Earlier in the event, Apple Chief Executive Officer Tim Cook announced that so-called “native” apps will be introduced in the next version of the operating system for its Watch that should make apps for its latest gadget speedier and help untether it from the iPhone.

The updated watch OS 2 includes new features including taking a photo to create a new watch face, personal digital sketches and a feature that allows scanning of past and future calendar events.

Like other Apple products, the Watch’s commercial success will likely hinge on a compelling collection of apps. But early apps for the timepiece have been tethered to the iPhone, placing some limits on what developers could do.The expanded software kit should lead to better and faster watch apps, said Bob O’Donnell, an analyst at TECHnalysis Research, in an interview before the event.

Also unveiled at the developers conference was the Apple News app, which “collects all the stories you want to read in one place, in a customized news feed.”

Apple also unveiled new details about its Apple Pay service, saying it was already supported by more than 2,500 banks and will surpass 1 million locations accepting it next month. In addition, the company said it would roll out the service to the United Kingdom next month.

In a related move, Apple said it would rename Passbook, its app for credit and debit cards and boarding passes, to Wallet.

The company also unveiled the next version of its operating system for Macs, El Capitan, continuing the company’s theme of naming key updates to the software after California landmarks. The software will be available in the fall.

But it was the music service that was the highlight of the event. The company behind the iPod and iTunes has long been a leader in digital music, but it has lost ground in recent years as subscription services such as Spotify have caught on with consumers.