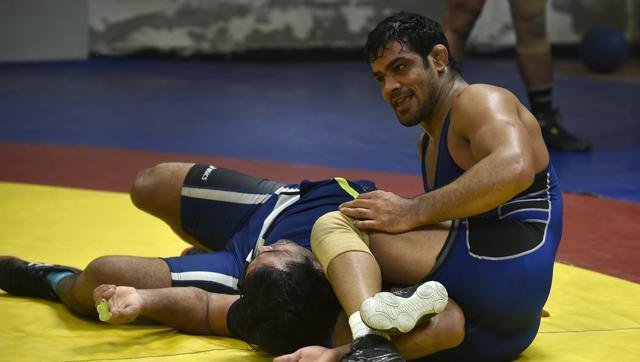 Sushil Kumar plans to take his Olympic ticket hunt all the way to court with the Wrestling Federation of India, making it clear it is not in favour of his demand for a selection trial.

The double Olympic medallist will file a motion in the Delhi high court in a day or two, a source told HT, saying, “It is one of the options but we hope the matter is resolved before this.”

Kumar — who seems almost certain to miss the Rio Games in August with his name left out of the list of probables sent to the Indian Olympic Association, as reported by HT on Thursday — has been demanding trials in the 74kg weight category.

Making his chances bleaker is the fact that the younger Narsingh Pancham Yadav has already bagged a quota in this division with a bronze finish at the 2015 Worlds in Las Vegas.

“It would be unfair on me if they don’t hold trials. They should have told me beforehand, I would not have trained at all. The government has spent money on my training. I am not demanding they send me, all I want is a trial,” said the 32-year-old veteran.

Earlier in the day, federation boss Brij Bhushan Sharan Singh said Narsingh, 26, would be going to Rio. “We have followed the tradition of sending the wrestler who wins the quota to the Olympics and we are not keen to change it. We don’t want to set a precedent.”

Brij Bhushan also said the issue was only being discussed in the media and Kumar had made no formal request for a trial. When the request landed at the WFI office in the evening, he said, “Now that the request is here, the selection committee will decide on its merit.”

However, the federation’s ‘no-trial’ policy doesn’t hold ground as Pappu Yadav — also a member of the selection committee — was involved in a talked about trial in 1996. He had beaten Kaka Pawar to earn the right to represent India at the Atlanta Olympics. Raj Singh, who was the chief coach, and a senior vice-president had broken away from the federation’s stand and sought a trial.

“GS Mander was president and the trial was held after big names like Sharad Pawar and Suresh Kalmadi got involved. Yadav won the trial. Sushil is only asking for a trial and should get the chance,” said Raj Singh.

Sports minister Sarbananda Sonowal refused to be drawn into the raging controversy. “It is the federation’s criteria that has to be followed. We can’t interfere. They are an autonomous body,” he said.